This is my 2nd topic on forum, of my 2nd ride blog.

Thrissur EC was inaugurated on 26th May 2022 and since it was a working day, could not go for the inauguration event. So I and another fellow Ather 450X owner @nadeemlthf decided to visit the EC on the coming Saturday, 28th May 2022. Nadeem started from Aluva and I started from Angamaly (16km away from aluva towards Thrissur).

From my home started by 11.47AM with 94% Battery percentage. Thrissur EC is 50.9km away from my home. Attaching the Dashboard pic below. 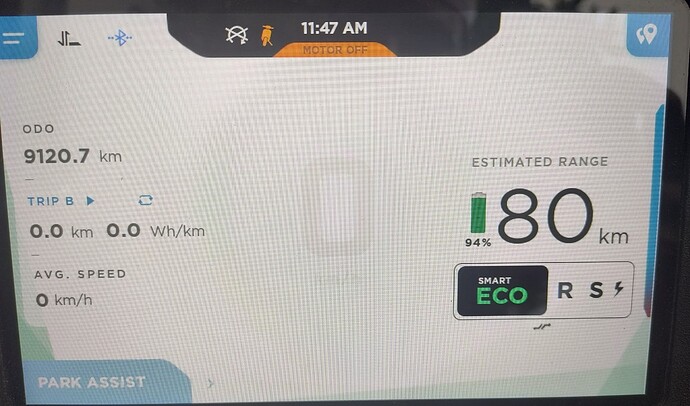 We met up at Angamaly junction and continued the ride. Rain was forecasted for the day and I had less liking to ride in rain but decided to continue anyway.

After 6km or so, rain started drizzling and we both stopped to put on the rainwear.

Ride stat till the first stop from Home : 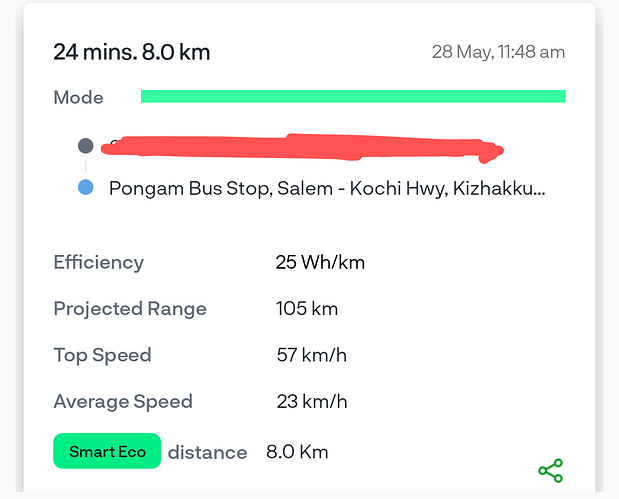 I wanted to test out the range and efficiency in Smart Eco mode, so didn’t change for the entire ride. @nadeemlthf had just enough charge to reach EC, so to not risk it, we cruised at 35-40km/h constant speed.

The slight drizzle stopped before Chalakkudi, still 30km to go. But after Chalakkudi heavy downpour started and couldn’t see much with the water drops on the visor. Reduced speed to 30km/h and trundled along. Faced few traffic blocks near Chalakkudi because of road works and this greatly reduced our pace.

Once we crossed the NH, onto Thrissur town road, The rain subsided and it was sunny and no indication of rain whatsoever.

Happy that the rain reduced but since the raincoat was wet, didn’t remove them, and continued to ride without stops.

Reached the EC by 1.49PM almost 2 hours since the journey started. 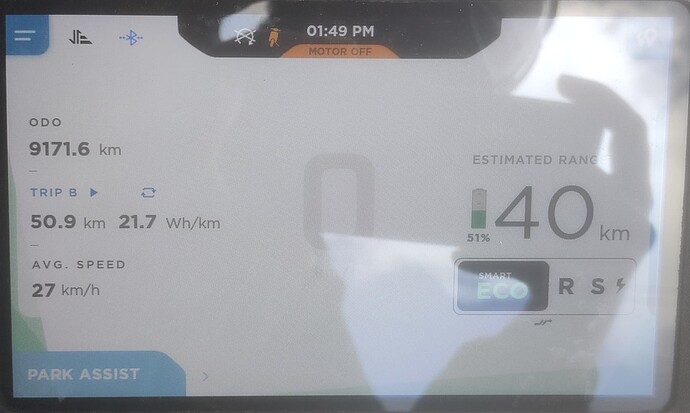 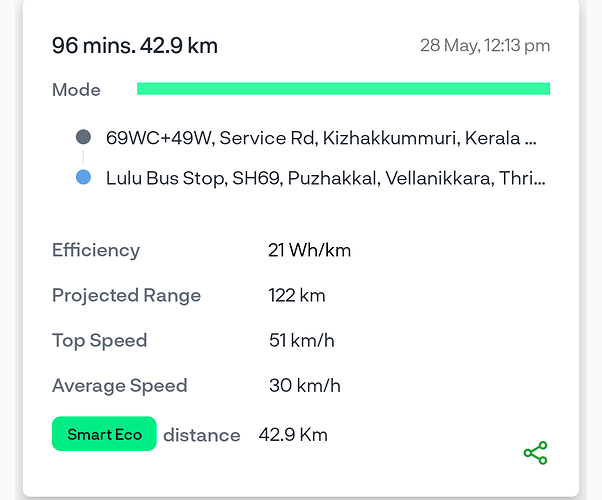 Started with 94% charge from home

Plugged in the Grid 2.0 charger to both scooters and met with the EC staff who were kind of surprised that we rode from Kochi to Thrissur on a single charge. 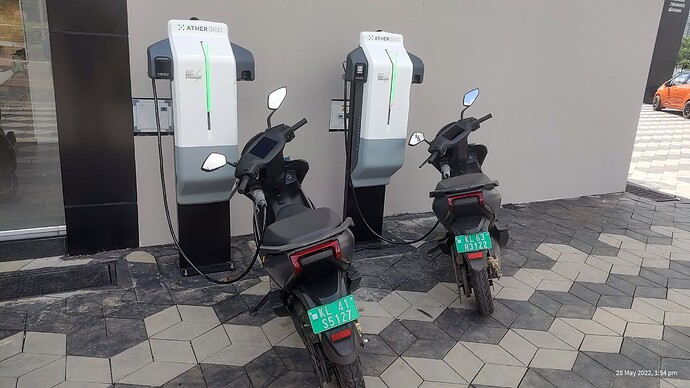 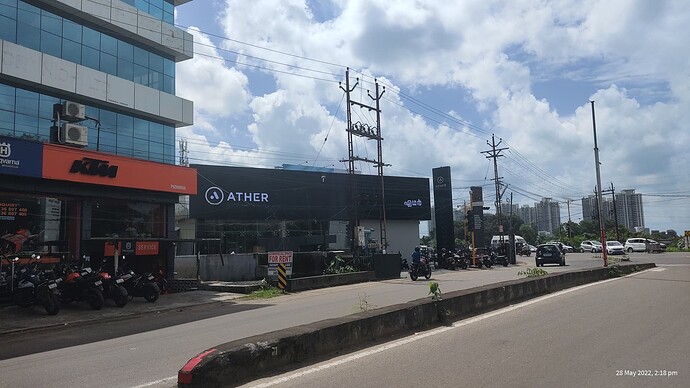 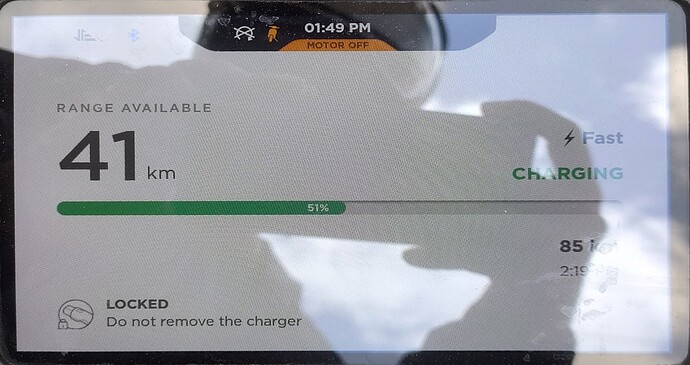 We also met @jaimincherian another Ather Owner who had bought the scooter over a year ago from Kochi but is residing just 4km away from Thrissur EC. We had known him from Ather Owners Kerala telegram group. 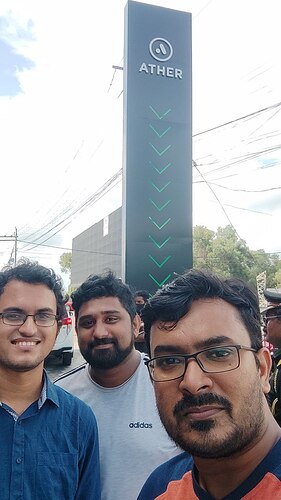 All of us proceeded to have lunch , since hunger was getting the better of us. During lunch, the power was cut off and the charging stopped. My scooter charged to 94% but Nadeem’s was just above 45% which wasn’t enough to get him home 65km away. Thankfully before we finished lunch, the grids came back on and continued charging. Since mine was almost full by 96% and faster charging, we exchanged chargers and waited for @nadeemlthf scooter to charge till 80%.

Just after 3.15PM, his scooter also charged to 80% and we started from EC bidding goodbyes to the EC staff who were welcoming of us and @jaimincherian too. 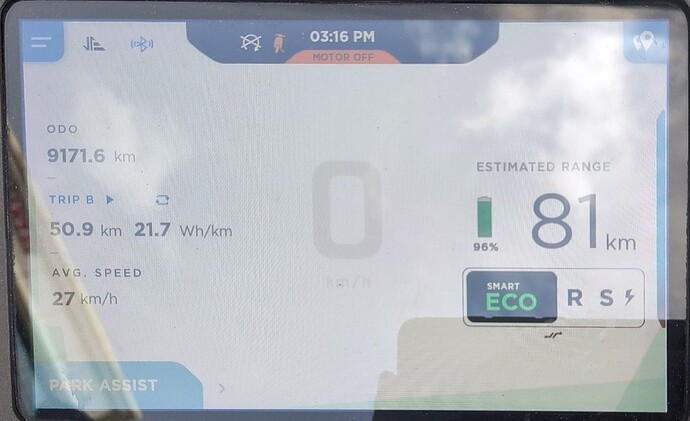 Return picked up a bit of pace but traffic was against us. Got block in thrissur town itself but thankfully atleast the weather was favourable. Didn’t make any significant stops on the return trip. After 23km in Smart Eco mode, I decided to put it in sport and increase the pace a bit to keep up with the traffic. Only on one traffic light just decided to give full throttle to overtake everyone and settled back to constant speed. Just have to be careful of gaining speed and other vehicles on the surroundings. Sport mode was good to keep the speed as well as reduce the consumption if a constant speed is kept.

After encountering few more blocks and slow moving traffic, got to Home by 5.21PM. Nadeem continued to Aluva. 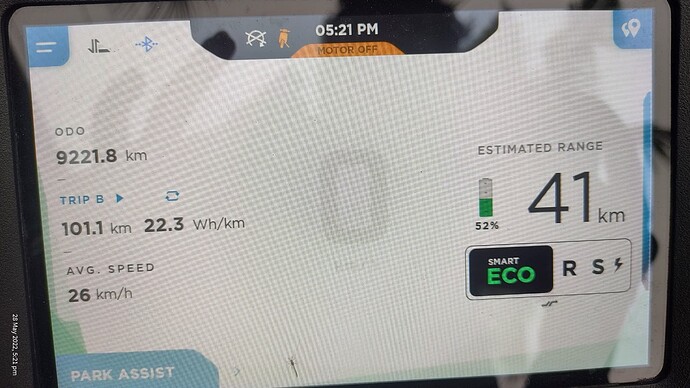 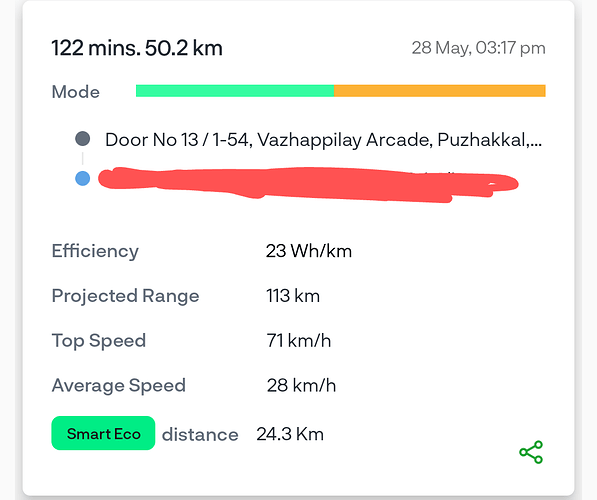 So even without charging would have reached home easily with atleast 13% remaining.

This is only 2nd time I’m riding more than 100km a day after Ather Kochi anniversary Ride do check-out that too.

Hope you liked the small but detailed blog and do give out feedbacks for the same.

Good to ride with company

Very Happy that this Blog got featured in

“Here’s what’s buzzing on the Ather Forum this June”

Mailer to all Ather owners. 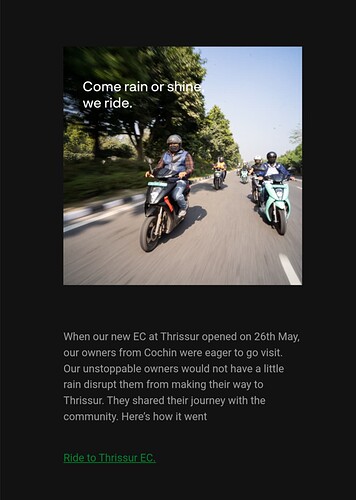 Rain or shine, riding is fun. Just be extra careful in rain though.