28th Oct 8 am started from my hometown Chittoor to Chennai for periodic maintenance of my 450 with 100% charged overnight. 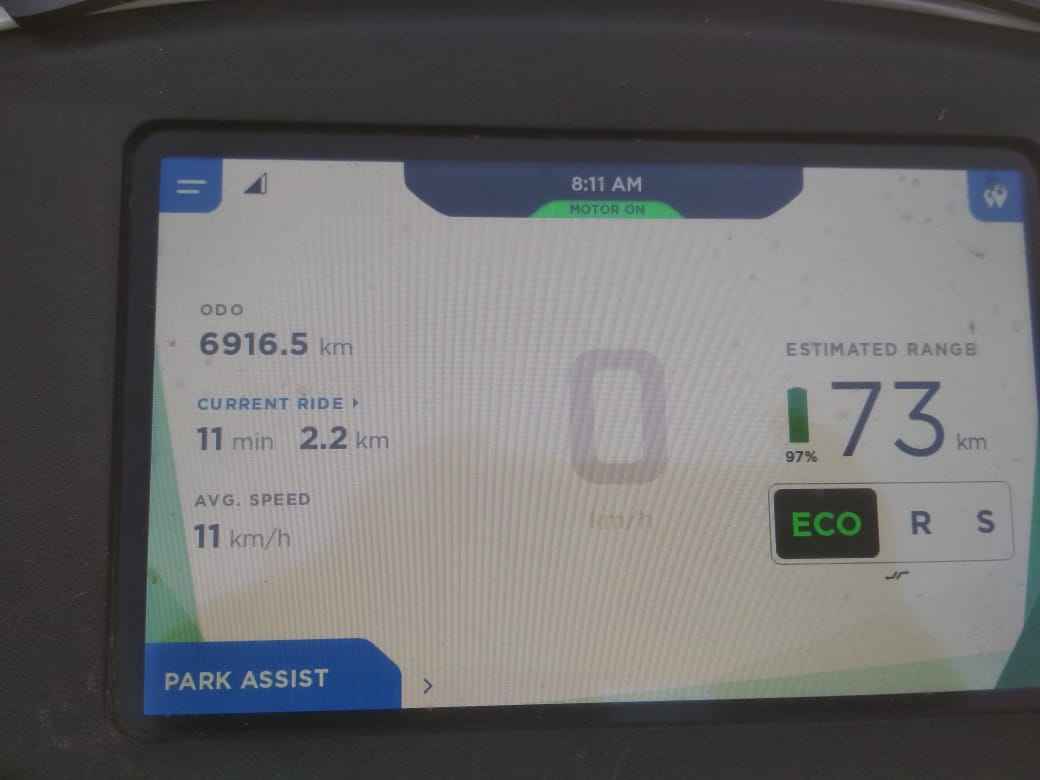 cloudy weather for a long time and a slight drizzle for few kms, eco mode, 20-25 kms speed maintained, I weigh 55 kgs and i got ather dot in boot and a bag (2 kgs)

charge percentage when i reached the grid 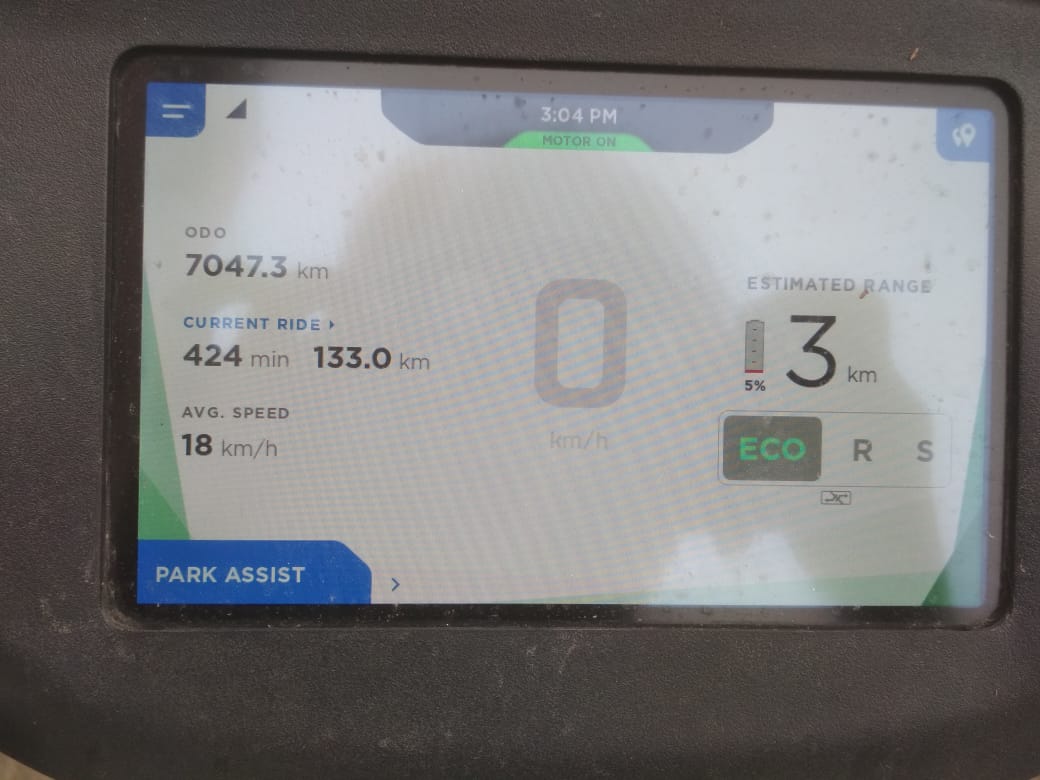 Reached there only to be the first person (relating to Ather) to know that the varsha jewellers grid is demolished by corporation when they are demolishing all the encroachments on that road.

Grid buried in debris. I hope ather will do more checks before setting up new grids and this will never happen again 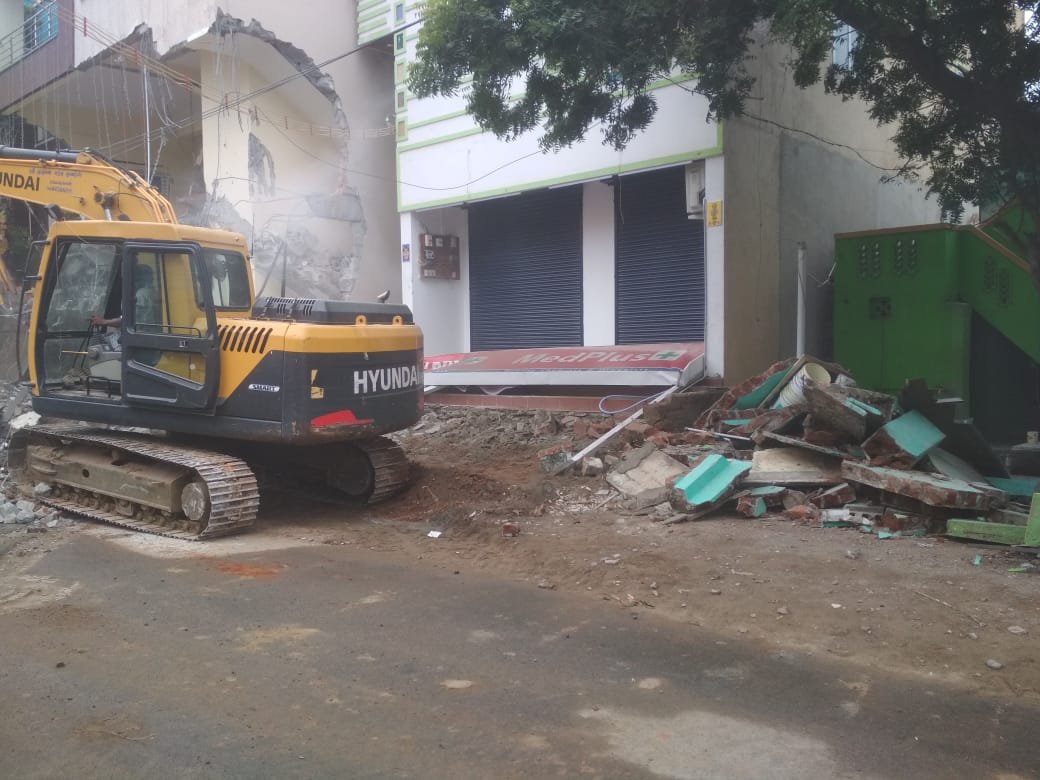 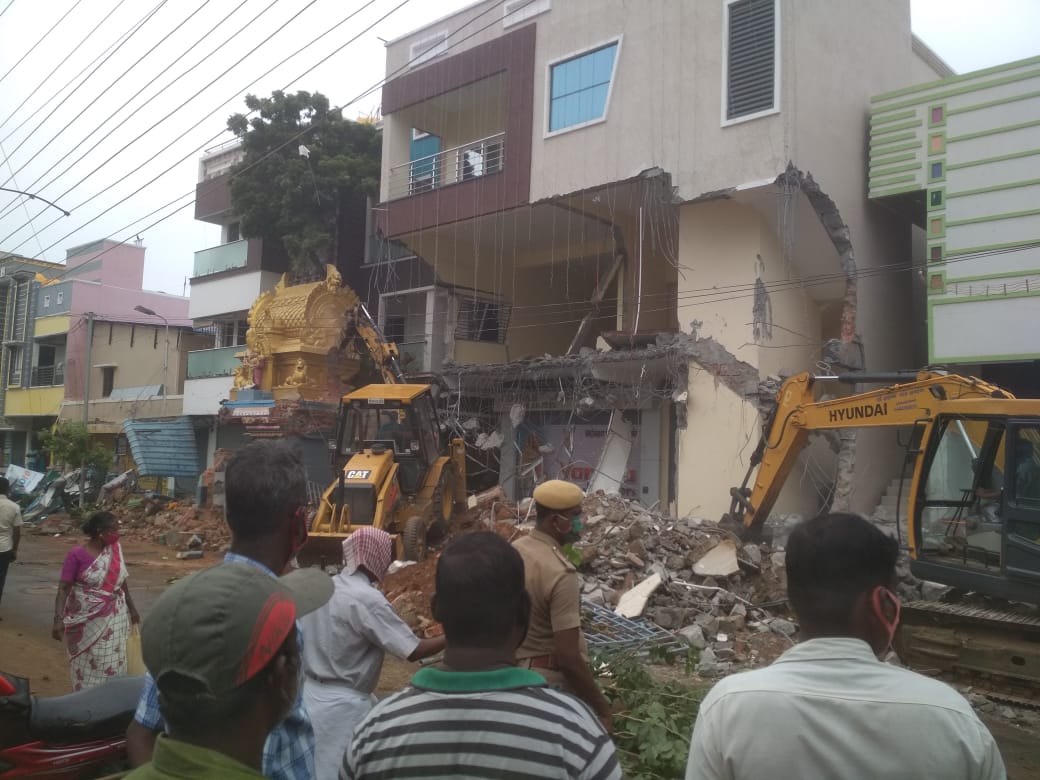 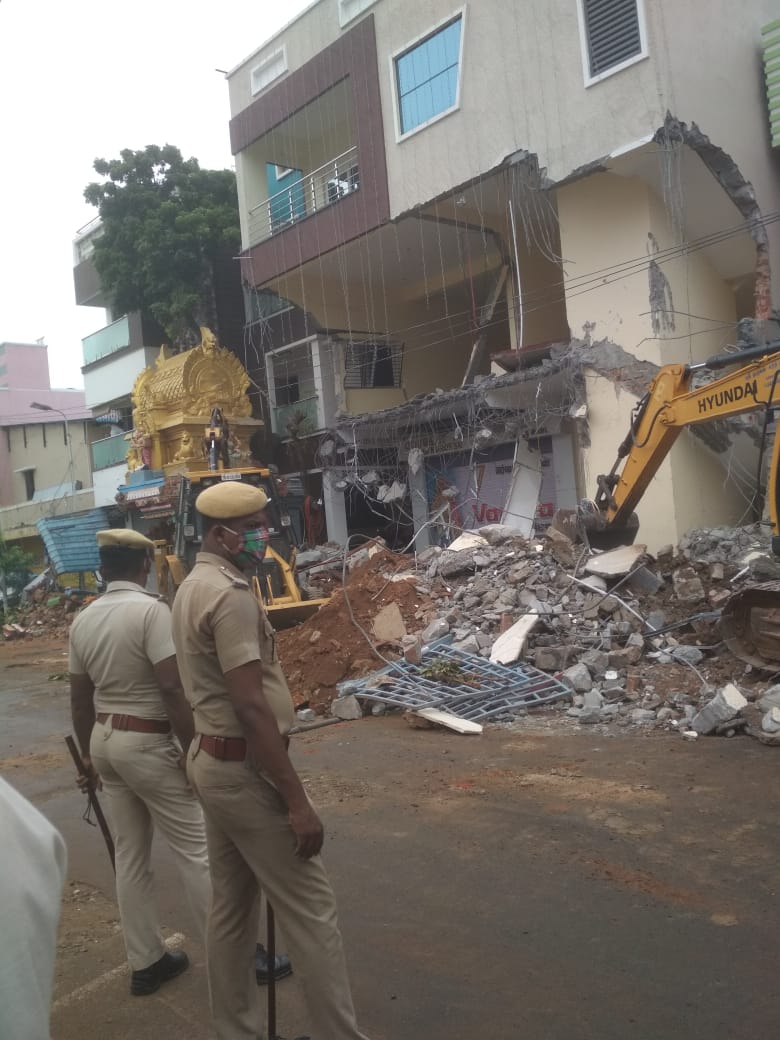 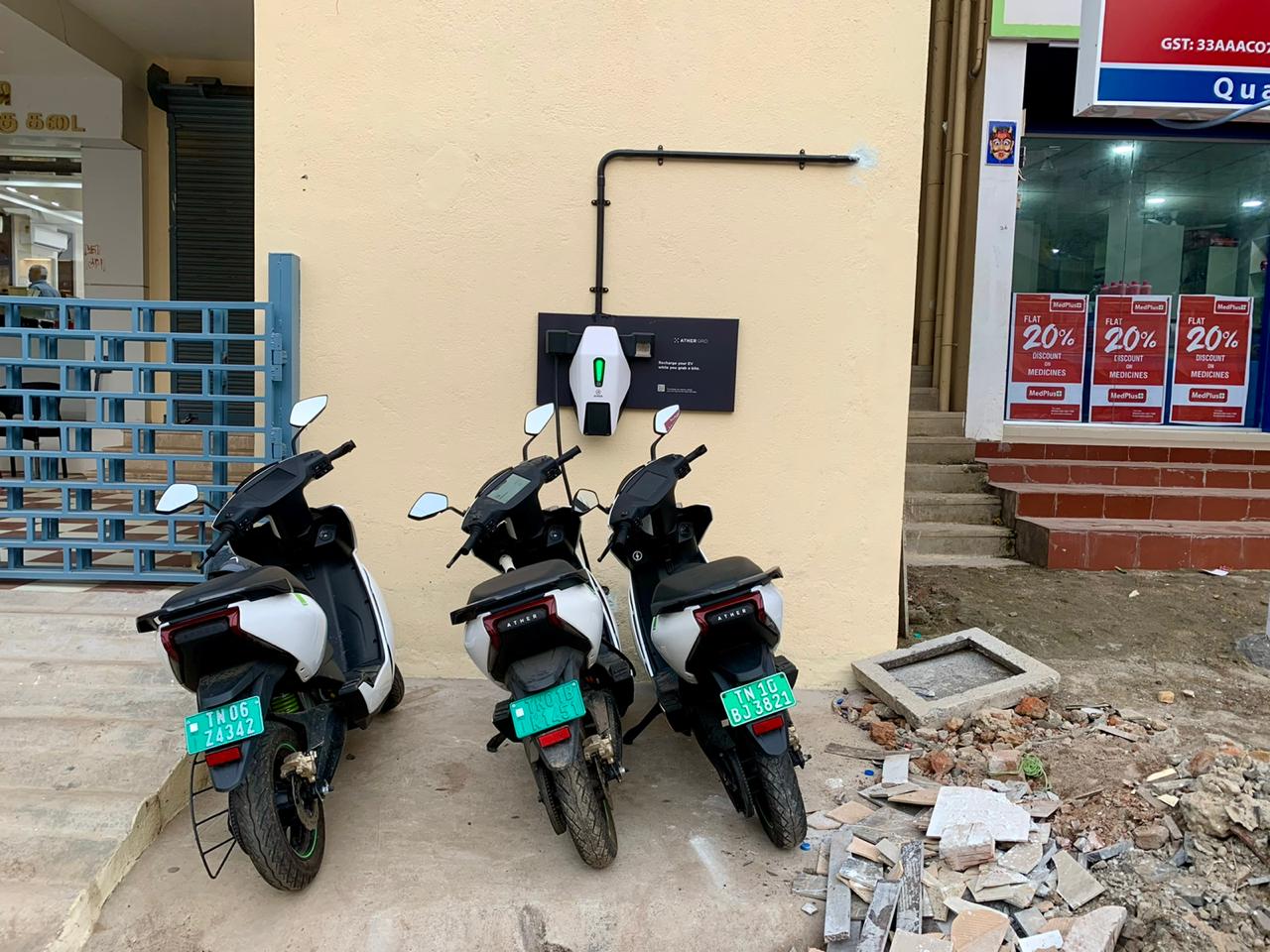 My bad luck the nearest grid is 12 kms away and i have continued slowly and bike stopped when i was 7.5kms away 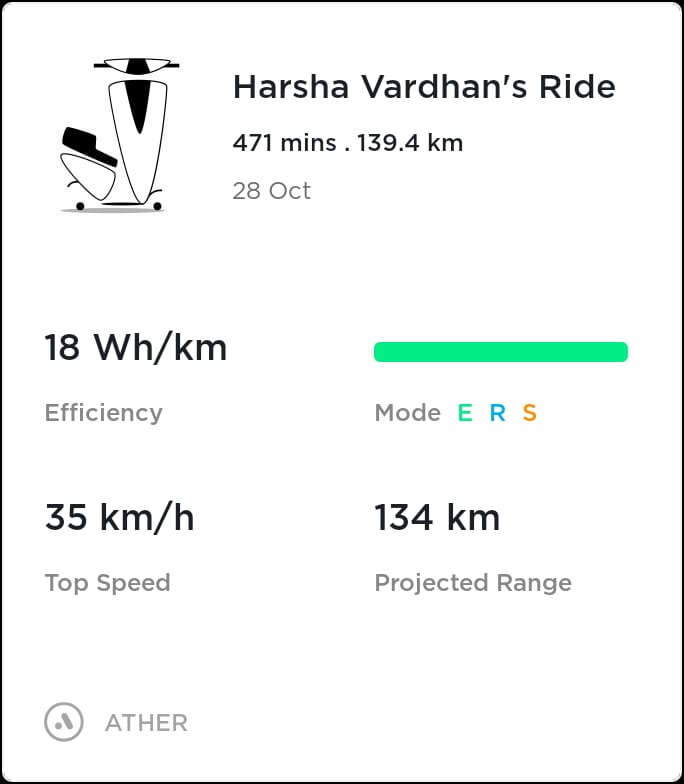 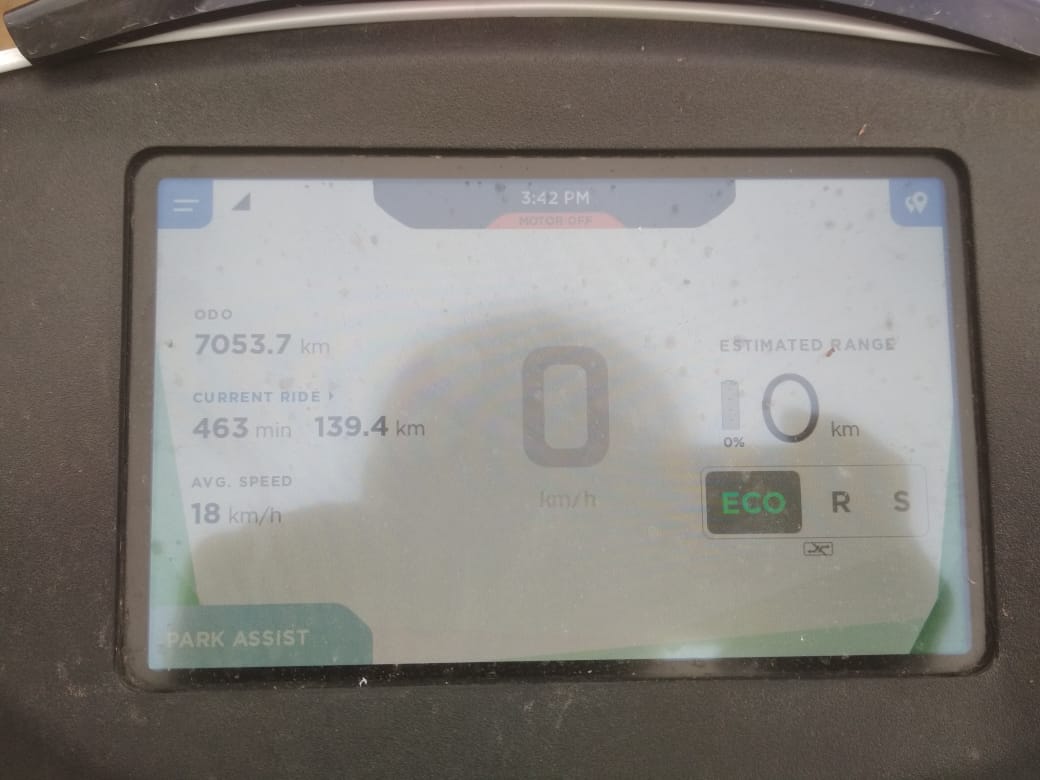 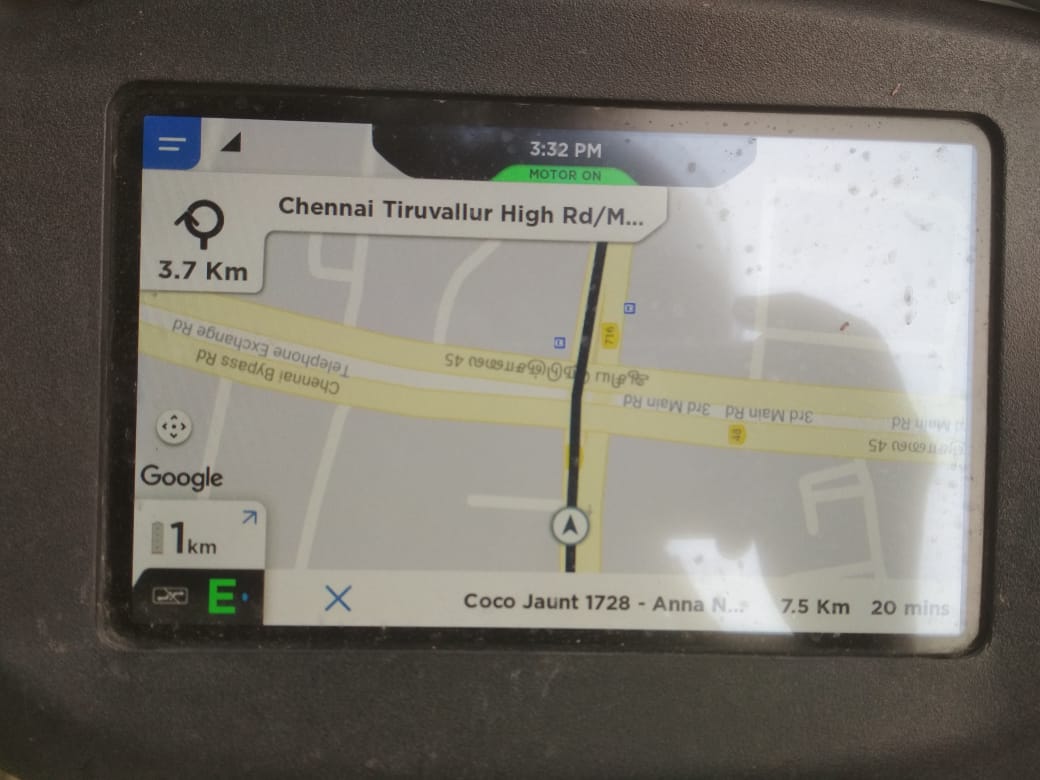 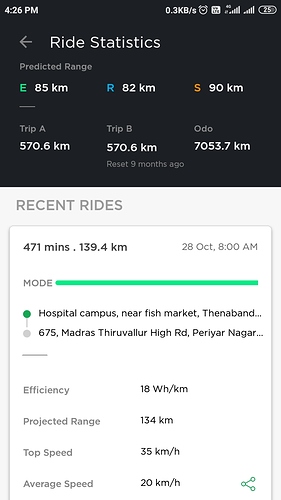 Ather grid team should add this point in rule book and must check whether the land is properly registered and is not illegally encroached before installing grids in future locations.

purely out of necessity

This took you 7 hrs right. I’m just wondering. If you had riden for 1hr at 70kmph you’d have gotten 70km range quite easily and if you could find a charging point on the way, charged for 3 hrs and then rode for another hour at 70kmph and reached chennai in under 6 hrs and I think that would have been less stressful too.

Just wondering why you didn’t try this, 2-3 hrs of riding is much less stressful and riding at 20kmph is well… 🤷

While going to my home from Chennai after lockdown in june I did the same as you mentioned but we will not get 70 kms range if we go in 60-70 kms.

I have maintained 40-45 kms speed and reached half way arrakonam and have not found a charging place and later after 90 kms ride I found a water filtration plant and charged in their home connection as he feared that his commercial bill will blow up even after me explaining. For 3 hours it recharged from 8% till 54% due to fluctuations and I have continued afterwards.

As I have mentioned weather was convenient and this time I have come in different village route with single roads and I have tried to avoid charging part as we have new grid in place.

I have mentioned that last line because, I don’t want people to try breaking my record and get stranded with zero charge.

If the varsha jewelry grid was working then I will be in 2nd position. Last record is 135 kms in single charge

I remember cruising at 60 and getting 84 Km range

and I weigh a good amount more than 55 Kilos XDXP

84 projected will be if you use up 100% battery remember that 1.5 gen ather takes 5 hrs 15 min to full charge if there is a reliable power source. No fun cruising and waiting in middle of nowhere while bike gets recharged. Especially it’s a gamble when you don’t know where to charge and who will allow and how their power connection is and earthing issues etc.

Nuisance top speed of 35kmph! With my single speed road bike Hero hawk nuage 27 t without gears I am able to cover the same distance within 8hrs; why should I invest on this dummy scooter!? I had just invested ₹4500 on the above mentioned cycle and maximum till date I have spent within ₹1000

Not really. The top speed is 80kmph but he chose to ride at that speed. Thats his choice.

and maximum till date I have spent within 1000 rs

why should I invest on this dummy scooter

Oh! A lot of reasons sir. Too many to list here. I recommend you visit the ather showroom and test ride the scooter if you haven’t already. Might help you answer this question.

5 posts were merged into an existing topic: Discussions on solar home installations

A post was merged into an existing topic: Discussions on solar home installations

Started at 12:30 pm with full charge from Ather space nungambakkam 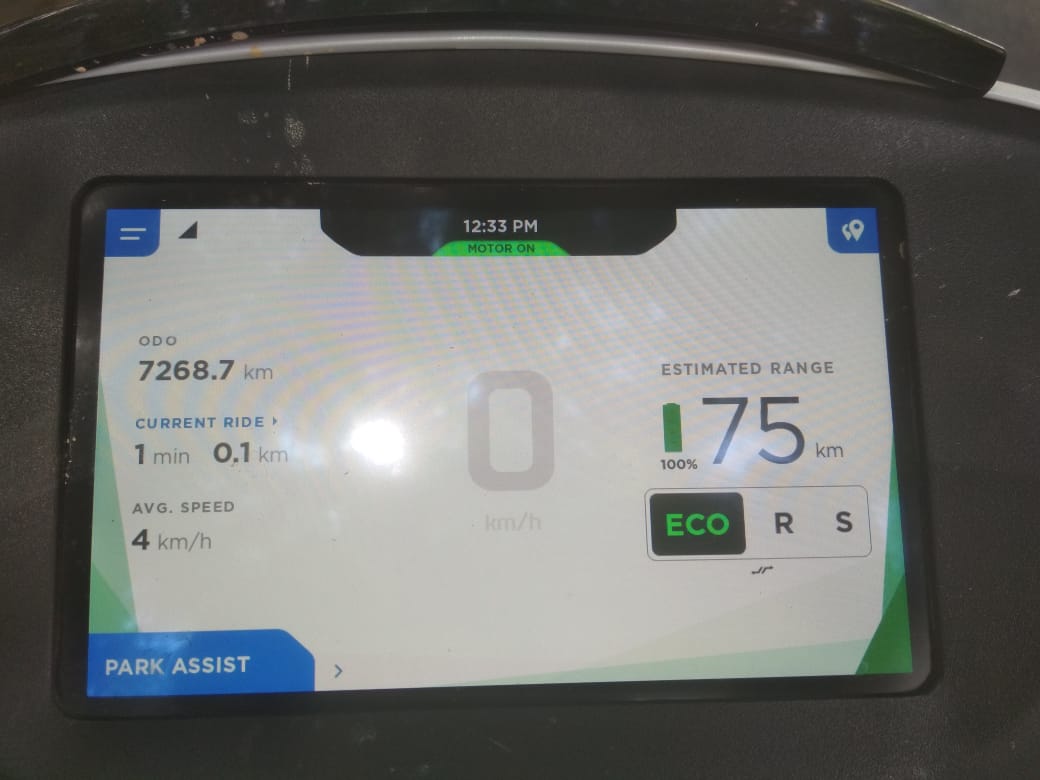 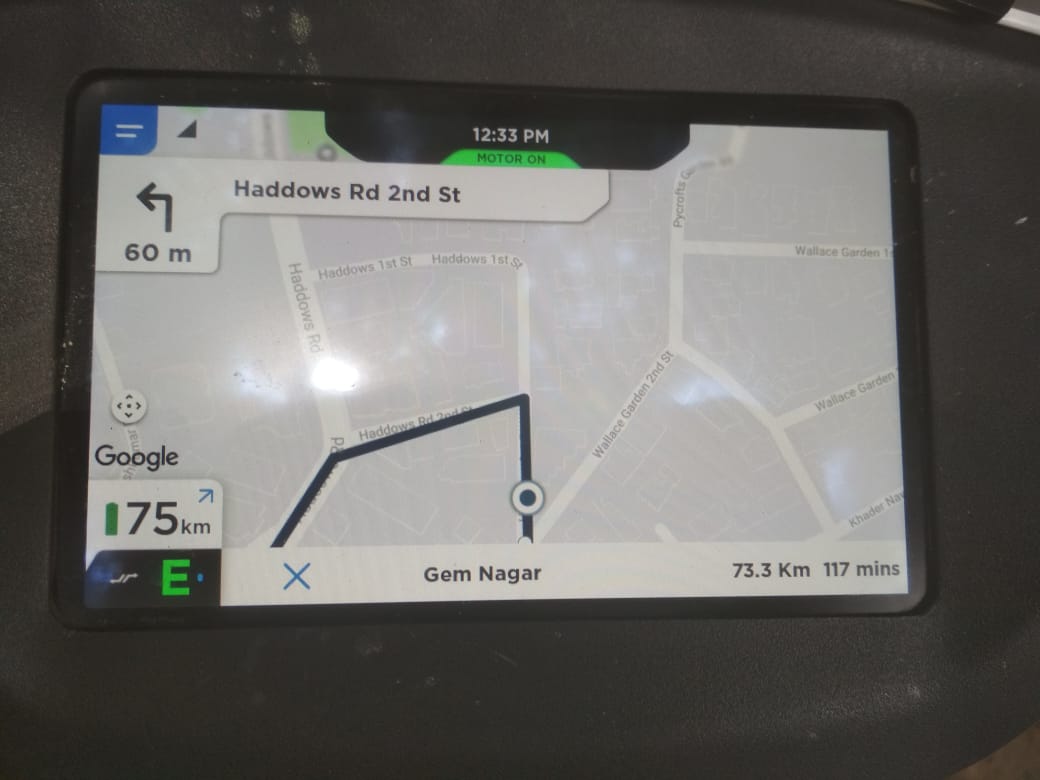 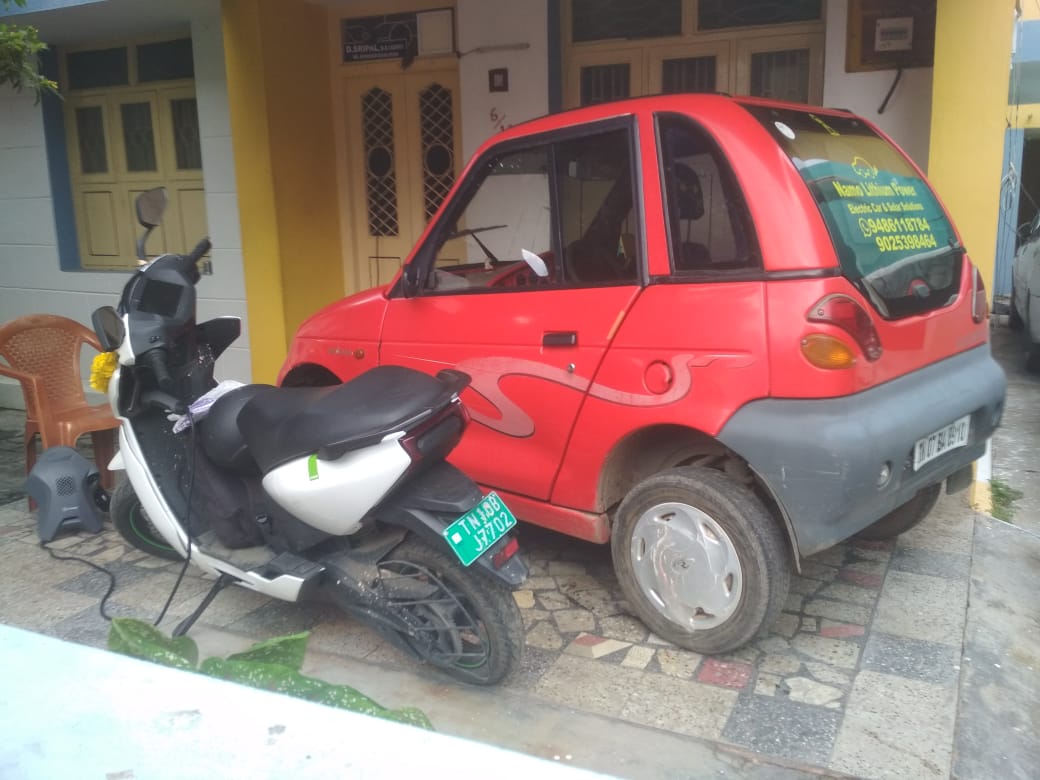 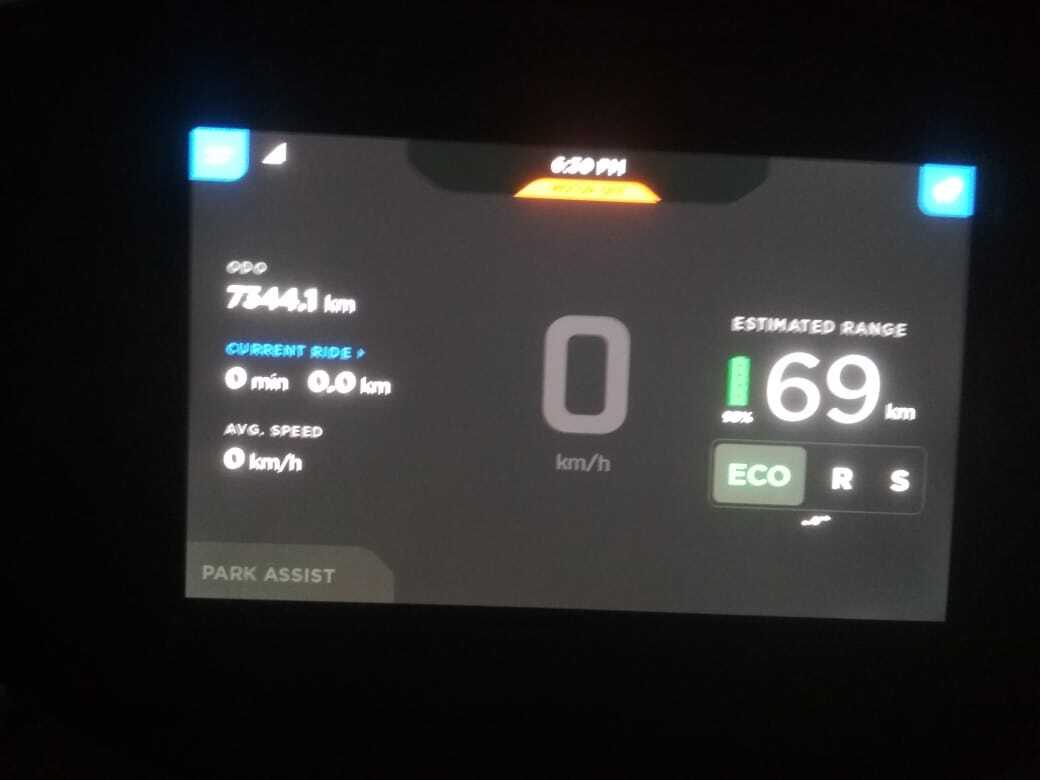 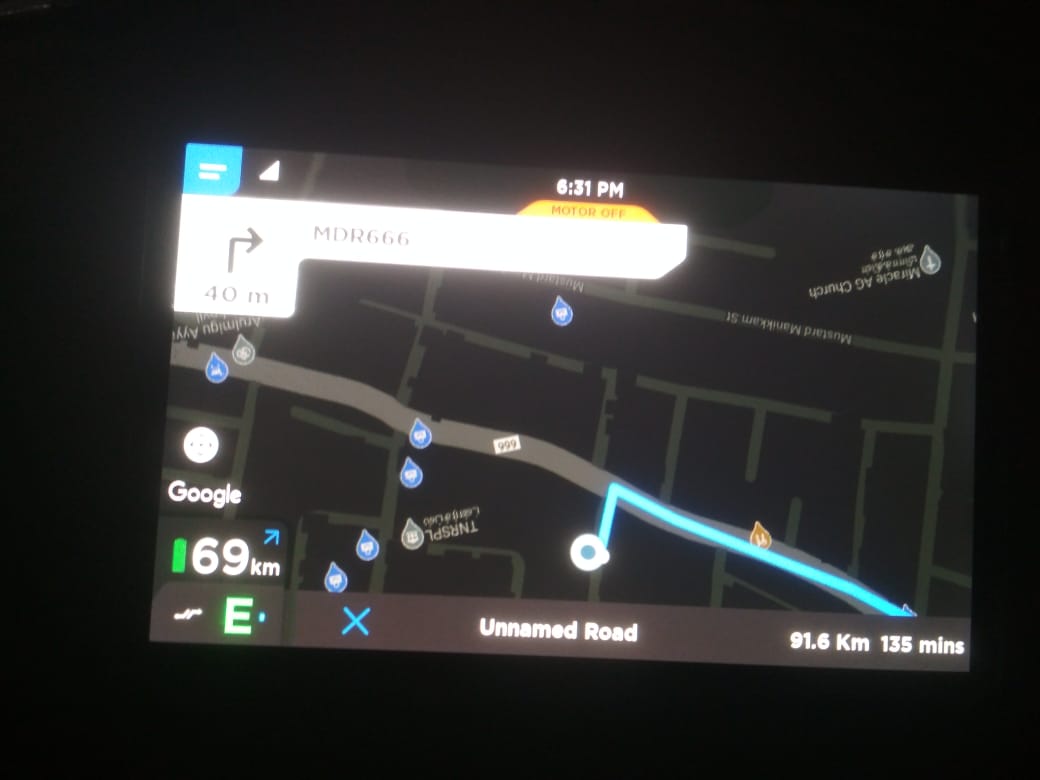 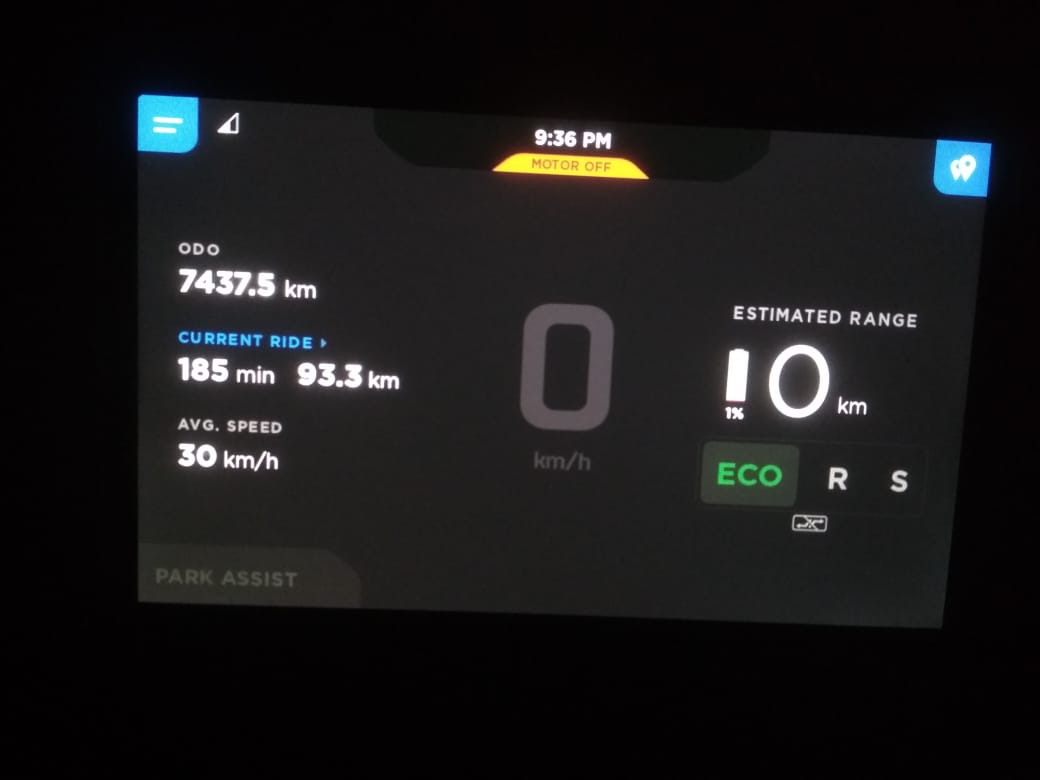 So, if your want to reach quick go slow in a single charge, If you want to relax and go plan for a recharge stop

Since you did both, which was more stressful?

If you had a charging point on the way to chennai, would u have done things differently?

That is extremely steep for a charge.

riding with single charge is more stressful and challenging,

choose the method based on your priorities

if there is a place where i can charge i will try to use it. more helpful if its equidistant

That is extremely steep for a charge

he is having two e2o s and says that he is in highest slab (Rs. 6.5/unit) he has knowledge about ev and their charging costs but speaks as if allowing to charge itself is a great thing and he will be ready to pay more if he was in my situation and also mentions that many times he have spent money on towing his ev car as it runs out of charge

After some conversation he have reduced amount to Rs. 80 for less than 2 units of power

Stupidest reasoning to charge like that. 6.5 rupee slab 20 bucks job. I wonder if he understand how batteries work.

Find a new guy next time.

1)What is your height?

2)Do you have backpain issue?

Hi @HarshaVardhan Bro! I was interested in Ather and I’m from Ranipet. You must’ve crossed my place as you travelled. Ather really need to scale up with grids West and South side of chennai. I can help with Charging EV but owners can’t always remain home to help

It’s surprising not a single Super charger is located all along Bengaluru - Chennai highway despite Ather presence in both cities!