Now after owning the 450s for more than 1.5 years, I’ve noticed strange things in Dot particularly, there is a problem with the Trickle charging system in Dot, For those who are not familiar with the trickle charging system, It is a programing or a process in the charging system of a device which is supposed to maintain charging even after reaching the fully charged state and then maintaining it with 100 % until the charger is disconnected.

But Ather does not maintain the charging of system to 100% it has happened to me many times Eg. If the current charge of the Scooter is 70% and you plug it in the charge will complete in 3-4 hrs so if you plugged it in at 6 pm in the evening it’ll complete the charge around 10 pm and will go into trickle mode, but that doesn’t work only till next day when you wanna go out you find the charge is at 95 to 98 percent and the dot stopped the charging

I don’t agree with your observation sir, also may be because we own different model. I own 450x with dot charger. It always maintain full charge even I leave it for 3 days. So may be you have charger issue or software issue . I don’t know about th 450s. But I can confirm to you that this has not happened in 450x

Mine is Ather 450 v1 and I use Pod. Many times I forget to remove the charger for days from pod.

But, when I come & check after few days, I used to see 100% (almost all the time. Rest I just assume power cut or fluctuation which caused trickle charge not to trigger).

Good to know about the trickle charging feature U explained but battery drain Happens more than. 4 -5 % I have raised issues they say battery discharge will happen it’s 2 -10 % ITS NORMAL

Am not agreed with your observation sir , also the matly be because we own different model. I own 450x with dot charger.

you will find the Dot charger has turned off at some point, even though the dashboard says it’s at 100% as soon as you start riding it’ll jump to 98%, this is because of the algorithm in trickle charging system sometimes 98 with recent updates to 99 if trickle started earlier then 100% will remain, but few other cases like mine I recently noticed it went to 95% from 98%

Mine is Ather 450 v1 and I use Pod. Many times I forget to remove the charger for days from pod.

@bhavish_11 they replied the same to me

This happens when you have plugged in the scooter for a few days at a time right? Have observed the same on my 450X. AFAIK, the trickle charging algo waits for the battery to drop a few % before charging it up again. So you might have caught it at that moment.

If you leave it for sometime, it charges back to 100% right?

This happens when you have plugged in the scooter for a few days at a time right?

No, it was in for charge at 6 pm and removed the charge connector the next day around 10 AM.

AFAIK, the trickle charging algo waits for the battery to drop a few % before charging it up again. So you might have caught it at that moment.

If you leave it for sometime, it charges back to 100% right?

Maybe I got caught up in the exact moment when it was dropped to 98% and removed the connector, but I never waited or went in to charge again. I have tried to do the same again but was not able to replicate the same again.

3 posts were merged into an existing topic: How energy efficient is DOT?

My battery Pack is behaving extremely weird, I keep it charging for almost 3 hours at 80%, when I come back the charger is switched off and the battery is at only 99%, I have been complaining and complaining to Ather CC about this issue long back they took it to the service centre twice once with even my DOT saying it might be the issue but no, the DOT is not the issue my pack is the issue.

Here are the Pics of BMS indicating the charge is switched off the battery at 57.99V considering that there is a buffer of 11~12% the cells never go above 4.15v the pack should charge to 58.1 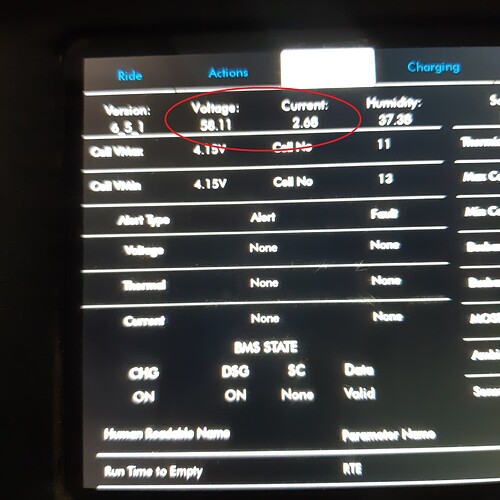 But it never does, So I restart the charging system, and the Dot charges it again to 58.11v at 2~5 amps and then again it switched off at 58v and the pack volt drops again to 57.66v 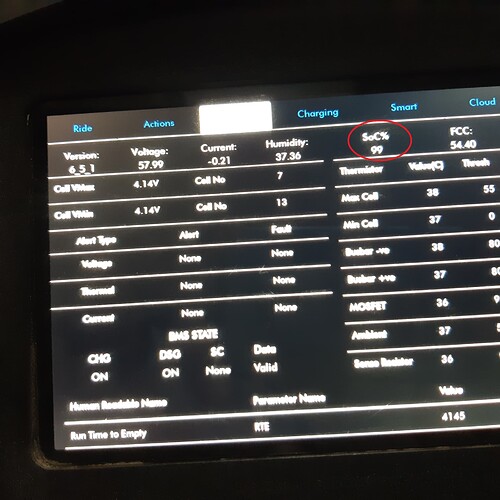 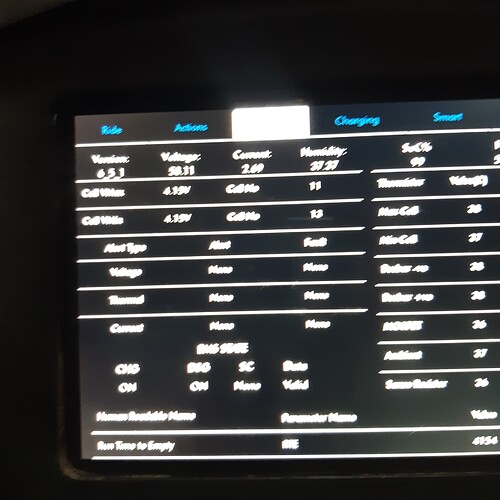 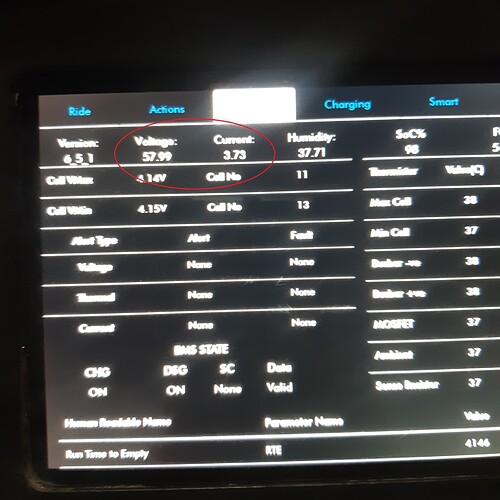 or has the SOH is now dropped? I have been complaining this fact for almost a year now