Discussions on Vehicle and App OTAs

Starting this thread for questions on OTAs, what they contain, and future updates.

@abhishek.balaji why is there no disable OTA updates or an option given to the end customer , as many have issues once they are upgraded to a newer firmware.
Also many like me are happy with certain features and the performance of the vehicle and dont want to update unless its like a security patch .
Can we have 2 firmware branches 2.x and 4.x
2.x was lot stable as there were no much features on it.
I can’t even go back to 2.x firmware as per discussion with your service engineer , if its possible , I would still like to go back to the last stable 2.x firmware.
Can you discuss with the dev team and let me know if that is something you guys can offer .
Also primarily request here to give an option for the customer to disable any updates to happen wrt to firmware upgraded that happens automatically.

We have had some issues with recent updates in terms of bugs but we are working on stabilizing that. You’ll notice a much better experience from updates over the next few months.

We are unable to offer restores to old versions, since all of updates have safety/security and bug fixes and we want all users to have it.

Updates happen automatically at 3:00AM, when plugged in and charge levels are above 40%. You have an option to delay an update, but it’s not possible to skip an update currently.

Updates happen automatically at 3:00AM, when plugged in and charge levels are above 40%. You have an option to delay an update, but it’s not possible to skip an update currently.

Can we request you team to add it as its annoying to to R&D when ever there are issues faced with new firmware updates.
I deal with firmware issues on a daily basis as I work in network security and I know how painful its to findout what got broken and fix the issue reported by end customer.
So Im requesting Ather gives customer a choice to go for the latest firmware upgrade or not to go with the firmware updated .
Also based on numberous feed backs given I still do not see what the new firmware upgrade brings inthe form or release notes which all vendors do .
No sure why Ather is keeping it a secret not letting know what is fixed and what are the know issues issues and what new features that firmware offers etc .
Customer would first check them and if he wants those , he would upgrade else he would continue to use the same firmware . 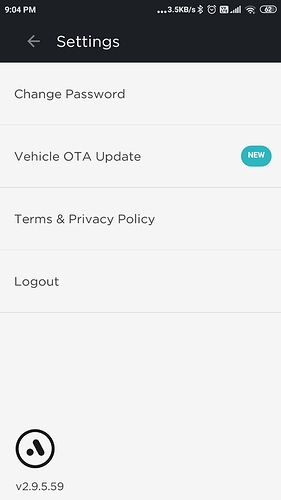 It automatically upgraded to 4.1.3 and now this new notifications

@abhishek.balaji Got my Ather in Jan first week and have had only one update so far. I’m currently still on the 4.1.1 version that is said to be highly unstable. Although I have tried different methods as directed by the CS over multiple calls, like trying to charge overnight so that update happens, checking if network connectivity over the parked area is good, taking out vehicle more often so the update gets downloaded while the vehicle is on, parking at better range area. None of this has helped get the 4.1.2 update. Have raised this issue with CS thrice already. First two being direct phone calls. It has been a couple of days after i raised an issue through the app for the third time. There has been no response or resolution provided so far. Request you to please guide in resolving this issue.

Hey, I’ve raised this with the team and we’ll make sure the update is installed on your scooter. Someone from the team will reach out to you to schedule a doorstep service, so we can manually install the update.

Thank you so much for your help with this. Appreciate it.

How to set and reset tripA and TripB details?.

In dashboard u can see Trip A , Trip B & Current ride you can set any of these.iF you want to reset I have marked in red.click on that u can reset Trip A & B… 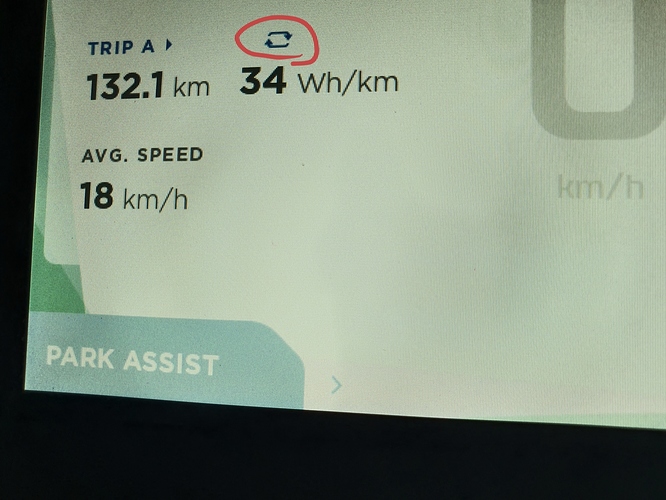 A post was merged into an existing topic: Dashboard

Why don’t be a option for enabling headlamp when motor is turned on?

Why don’t be a option for enabling headlamp when motor is turned on?

Power consumption of that LED headlight is very minimal. And it’s a regulatory requirement for the the headlight to be always on (AHO).

So we can watch something like pictures, videos from youtube, Facebook,Amazon,hotstar,etc in developer mode without turning on headlamp. @abhishek.balaji

I don’t think anyone wants to pay for more subscriptions

4 would be awesome, but I don’t think RTO would let ather pass with play store in dashboard, even with all security measures.

Since 450x has control over charger cut off on full charge, a time schedule feature can be included in app to start and stop charging from respective time

You already answered your question. If has cut off at 100%. You can’t disconnect it whenever you want. Scheduled charging won’t work. You should look for a smart plug.

Can use bluetooth or wifi to pair with vehicle to app connectivity without sim data network connection.

Using BT to sync stats is possible but will lack connectivity from anywhere. Also opening the wifi will introduce lots of vulnerabilities which despite of being possible, Ather won’t do.

Since a speaker is present in dashboard for sounds of park assist, boot start-up and indicators,a feature can be used to change the volume and ringtone of it in app or vehicle.

Ring tone, Seriously? There are some standards of road. They have to stick to that! Ability to tune volume levels is possible and a useful feature to have. I also feel my indicator sound is too loud.

Since 450x powered by android, play store can be used to install apps like tablet.

If anything is powered by Android it doesn’t mean you can have Play Store on that. They’re using Android because of simplicity in handling stuffs. It’s worth mentioning that running Google apps requires Google Play Services support which is not there in the dashboard unlike a tablet. We seriously need to understand it’s a dashboard made for performing specific task not a Android Tablet!

Shutdown feature available in app for convenience without reaching the vehicle.

Remote shutdown is not a good idea anyday. Imagine what if someone gets access to your app?

Not updated with the kind of tech which is used for this. If possible by software then it’ll be a great addition to have.

Real time efficiency graphics can be improved for more visibility covering half of dashboard to improve riding efficiency.

Not sure if you’ve a better design in mind but designers never ignore symmetry. Showing Efficiency in half screen and ignoring the other half is not a good idea.

Option to change modes in app to check and plan our ride with respective to modes.

I thought it’s a bug in app for 450x users as app hasn’t been friendly with us till now. Would be useful to check range in all modes through app. Will be easy to implement too!

A post was split to a new topic: Export riding data to csv