Upgrading your Ather 450 to 4G LTE

Finally, It’s Done as I’m writing this post, Just as I suspected it’s attached via the internal USB header which is allocated for firmware flashing, I’m thanking @vivek from the Service team for doing it in less than 25 mins. Here are some pics

Opening the Top rear cover and reflashing the software to disable the internal sim. 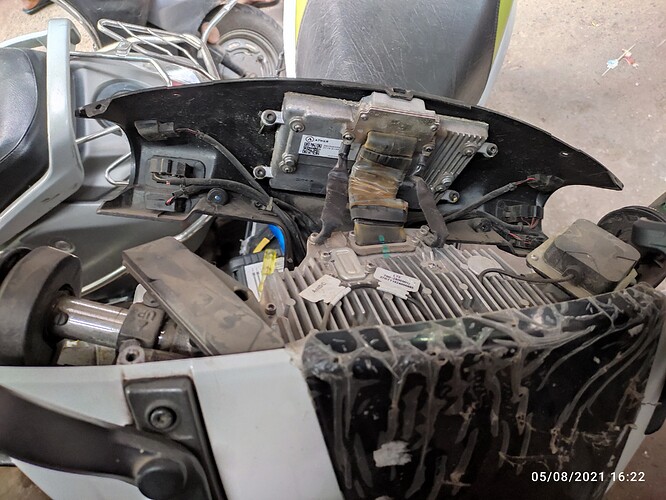 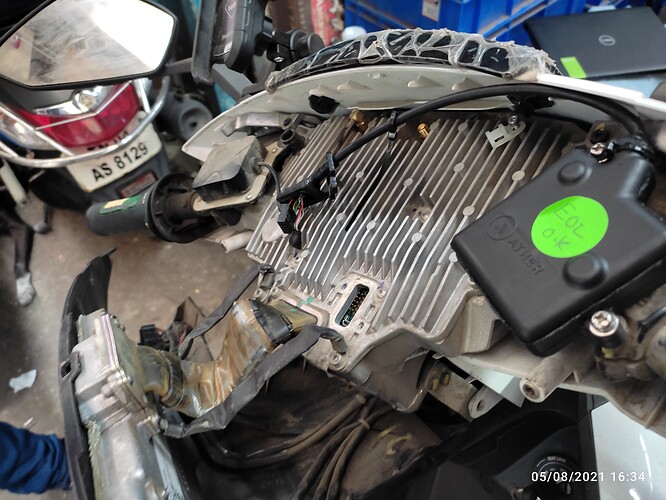 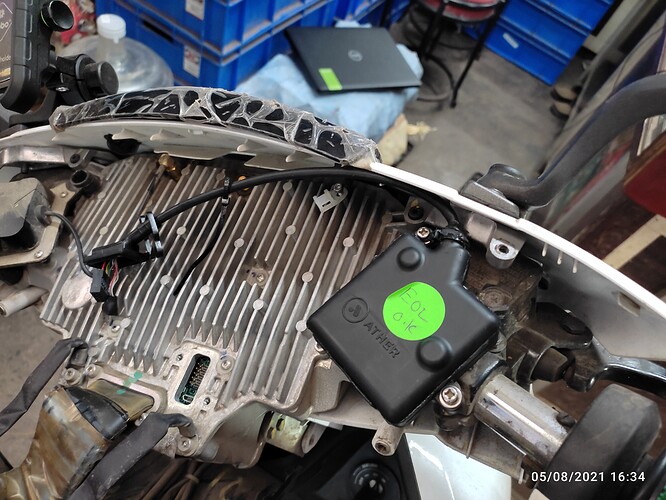 the Old antenna removed and taken back 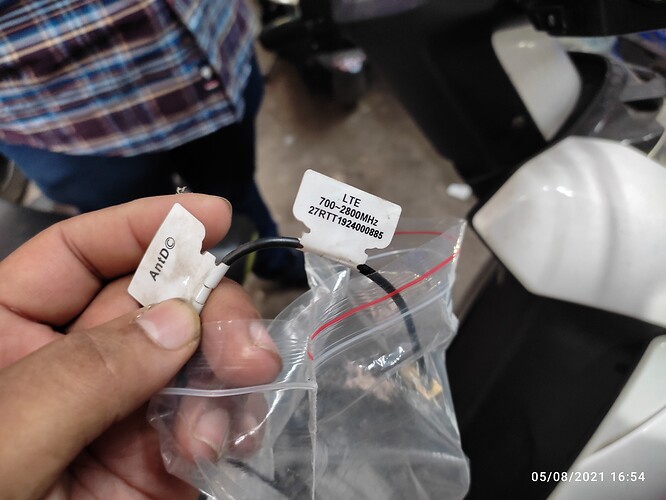 The finished product, The big black box is shown here in the top right is the 4G module crappy workmanship the seal does look like an after requirement which they forgot to tell while ordering, No external antenna for this though also no cap provided for the SMA connector, definitely, it’s gonna oxidize 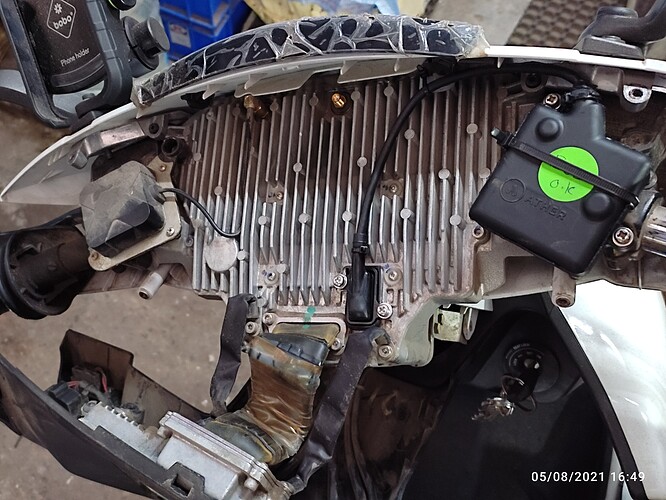 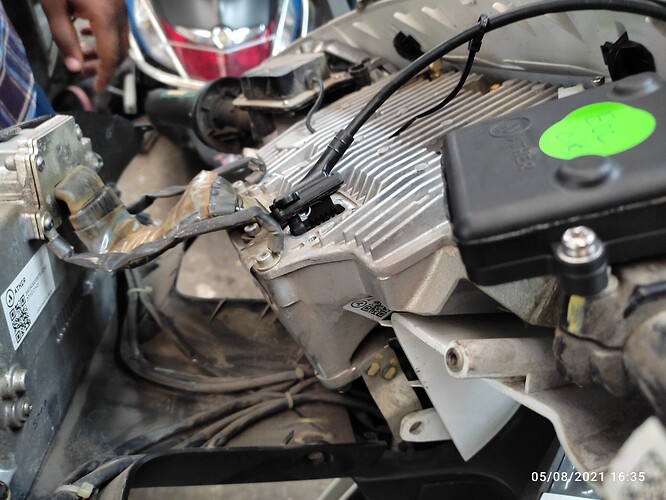 My property in Ather’s Hand

, The person took it back saying the office requires it back

, Is it not my property? he said they will disable it and give it back to me, Fingers crossed, I did tell him there is nothing to disable it and it’s just an antenna 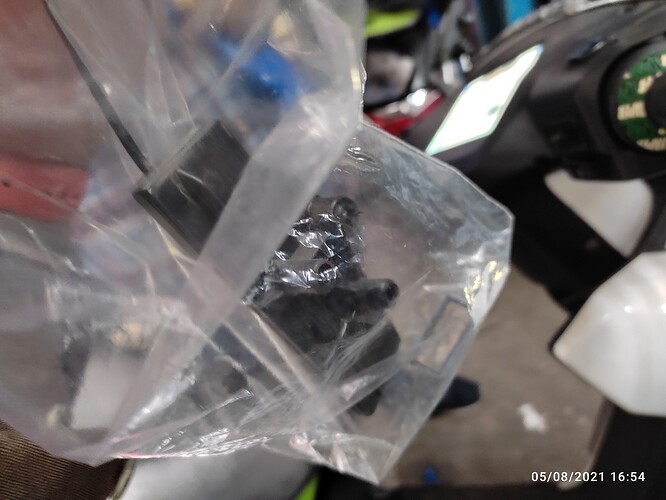 The whole experience was seamless, not to mention after loading it took 3 restarts to get the signal, but once it got it, the maps were loading faster and app connectivity is locating the scooter much faster

Hey can you post a video of the load times? is there any improvement in the UI responsiveness and animations? or it just loads the maps/location faster? i don’t see any point in upgrading to 4G paying 2.5k just for faster map load time

It’s a 4G upgrade- Has nothing to do with UI response times.

This fixes issues with maps loading slowly, data syncs getting delayed and slower OTA downloads due to the Vodafone 2G network.

I am still awaiting the email for my upgrade! Last time I checked I was told it’s being done in batches. If I may ask what the batch sizes are what is the timeline to getting the upgrade done for our vehicle?

I got the 4G upgrade for my 450 today. It showed 4G when loaded for the first time. Since then it has been unable to get any signal. The service professional tried driving for a km but didn’t get any signal. I will try farther this weekend. Not sure if this is due to poor signal in my area or any issue with the upgrade itself. Will post my further experiences here

Agree. It’s real fast when it’s connected to 4G. But I tried riding around today and noticed that once it loses connectivity, I’d have to restart the scooter for it to connect back. And it loses network a lot.

At least the 3G module would connect back when there was network, or have one bar on it, which was sometimes enough to push a location to the scooter. The 4G module loses network completely. Kinda regret upgrading now.

But I’ll give it a week or so and see how it performs before I raise a complaint with cc.

I am yet to get the mail for 4g upgrade slot. Last time I asked I was told it’s being done in batches and I should await the notification email. Would it be too much to ask how much more I’ll have to wait?

Just got me thinking, if the 4g module can be attached via the internal header like a USB connection if ather really wants they can add a Bluetooth and a wifi module too?

I was one of the first to sign up for the upgrade. I did it on the very second day of the announcement of expression of interest. But alas, months have passed and there is no sign of the elusive mail detailing the slot. My usage is quite less due to Covid but that does not mean that I need to endlessly wait for the upgrade.

Not sure they’d want to do it. At what price? Are there enough 450 users who would go for it to justify Ather investing in such an effort?

Ather customer service became so poor. I am happy that I did not have to raise any tickets in the past 1-1.5 years. To call them, I am feeling them similar to Tata Cliq or Paytm.

Whenever mail came for 4G LTE, I responded quickly showing my interest. As per the communication, it is FCFS based on response. And, priority will be for people who are on connect plan.

Any delays until July '21 - I do not have any complaint and I am attributing to pandemic period.

Since upgrade started in Bangalore, I never got to hear and I was disappointed that order was never followed. Otherwise, I could have been there in the top few of the list.

Even when my 5k service was due, I agreed to postpone because their capacity levels were low during pandemic re-opening and mine was not urgent. I mentioned I can club it with 4G upgrade. Mutually agreed.

Aug 3 - I called CS. No slots immediately. I was promised to get a confirmation next day. Mostly it can be done next week.

Aug 4 - No updates. So, I called after 5 PM. A different person attended. CS was adamant that 5K service & LTE can’t be clubbed. Also, I was told that there will be charge for pickup.

After two long calls, I was asked to send the email which says it is free. Now, I was told slots will be available only after a week. And, I was assured to get callback by 9th August.

Aug 5 - Got a mail confirmation from someone else with apologies for wrong information about pickup charges and it will be free. Ticket was marked as Resolved.

Aug 17 - No callback. No update. My previous ticket was closed. After two more calls, I was told no slots for next 1 month.

Very disappointed. It is irritating to call every time and get to hear a different person and start the story altogether. No callback as assured. People have half information and no-co-ordination.

I told them it is unfair to delay because of wrong from your side and asked them to get it finished in next 10 days. I was promised to get a callback by Aug 18.

Accepted many things in the past just because of the goodwill on Ather… But, I realize it is not the same Ather from 2019.

Please maintain a good standard of service which you highlight often as your USP.

Update 1: Aug 20 - Got a call from Ather. Agreed to club 5K Service & 4G LTE without any pickup charge. Got assurance that vehicle will be picked on Monday and will be delivered by Friday.

Update 2: Aug 21 - Got a new update: Because of network issues reported by upgraded users, 4G rollout has been paused. I will be intimated once rollout resumes (probably in 2-3 weeks).

Ather has got very little to no attachment to its 450 owners. Only a couple of days back, they assured me on an email that there is no timeframe for the upgrade. I’m going to install a mobile phone holder and abandon the thoughts of 4G dongle upgrade.

How many 450s in Bangalore have been upgraded to 4G so far? Answer to this question will probably be an indication whether we will ever receive the upgrade or not. Ather should come up with a timeline instead of sending out mails that it will be done soon…and stick to time line. It hurts more because of the fact that I was one of the firsts to register my interest in the upgrade.

I got my 4G updated along with 15K service. Vehicle was picked up on Thursday and dropped back on Tuesday. They could have returned the vehicle by Saturday but they took 2 days extra just for 4G upgrade.

Hey i am a 450X owner , i just need to know how exactly did they upgrade it ? Installed a module or changed the tablet or inserted a 4g esim ? Like do you have any idea ? WHy i am asking is coz i need to know if we can increase the RAM of the tablet by inserting a SD card into the tablet.

Finally, It’s Done as I’m writing this post, Just as I suspected it’s attached via the internal USB header which is allocated for firmware flashing, I’m thanking @vivek from the Service team for doing it in less than 25 mins. Here are some pics Opening the Top rear cover and reflashing the software to disable the internal sim. [1628163704563] The Microusb port [1628163704543] [1628163704533] the Old antenna removed and taken back

The upgrade is a waste of money. There is some bug in the integration. There is no network at all from yesterday. I should have just waited for another 6 month. Ather deploys the hardware firdt & then tests the software with us.

there are only 2 ports in the cap under, a header and a MicroUSB port, but increasing a page memory by allowing it to in SD card might be a bit of a waste of time, the SD card will allot some programmes which run in the background into the sd card maybe? but a true speed cannot be achieved unless it acts stores and clears like a RAM but still it’s worth a shot

Something is better than nothing. There are tons of RamSwap softwares available might give it a try. 1GB ram is not going to cut it

the problem is not just the RAM, The processor is also at fault Ather has used one of the slowest processor they could find SD 212, that means the ram is probably lpDDR2 or lpDDR3, Ather this ain’t the 2012 dude When they first announced that this is the processor they are going to use that really made me think. but still, if you get an SD card working like a RAM to clear unnecessary programs to run on the background so maps and the display screen can run in the actual RAM, this might help a lot of 450x owners