Interesting video on how to use their service. Ather is used in this video…

Charging with a PC is nothing but time-consuming and irritating, Even I find sometimes charging with a fast charger nothing but hectic, This looks like an advertisement for the company to lure in consumers & hosts. But if Ather releases a compact fast charger with a 16A top then it might be beneficial for the majority of users using these kinds of chargers

Yes compact or portable fast chargers are the need. And with the tech made open to OEMs by Ather I hope there will be few in near future.

I am not actually impressed by the video since it has lot of glitches in it. And also they are just providing the power socket. Not the charger. If they want to implement PC mechanism then they need to have some connectors for those who dont have portable chargers. This is the main reason why there are not much EV stations for 2w segment no common standard or widely accepted standard. Every one had their own proprietory connector.

If that was there then there would have been lot of providers by now like 4w segment has many stations now.

Ather selling/lending its part of the proprietary connector the upcoming Ev’s is a huge step but will create now all sorts of problems, given that Ather is having it’s own grid, now consider the scenario An another ev has used the Ather’s connector and does not set up the grid for its consumer and advises that it can be fast-charged at Ather’s location, facts are that the grid points are already few in numbers and keeps on decreasing, There will be a day when a fight might arise because the fellow Ev user is using the grid but an Ather rider can’t.

My advice is that if Ather locks Ather grids to ather users only for time being and unlocks to any EV manufacture who also set’s up the grid so vice versa can happen, The other EV user uses Ather grid and at the same time Ather user can also use the other EV manufacturer’s grid

And also they are just providing the power socket

It’s basically an authenticated 15a socket. I wouldn’t want to leave my portable charger outside while waiting to charge for 1-2hours.

This will work for iqube or chetak that has a built in charger.

This will work for iqube or chetak that has a built in charger.

This move is an indication that they are ready to monetize. For chrging at public stations.

If monetization means more charging stations in & outside the city, it should be okay.

True they have to cahrge. And there should be some package & discounted rates for Ather users.

And for other vehicles charge at regular prices. Then definitely public fast chargers will be legitemately used.

100% agreed on the point that now more 3rd party EV infrastructure companies can put up chargers that can be used by Ather owners. But at the same time saying that ather grid should be locked is equal to saying Only TATA customers can use Indian oil.

So ather might be charging soon as then we can see people using the grid only when they actually need it and the same can be done with other brands as well. 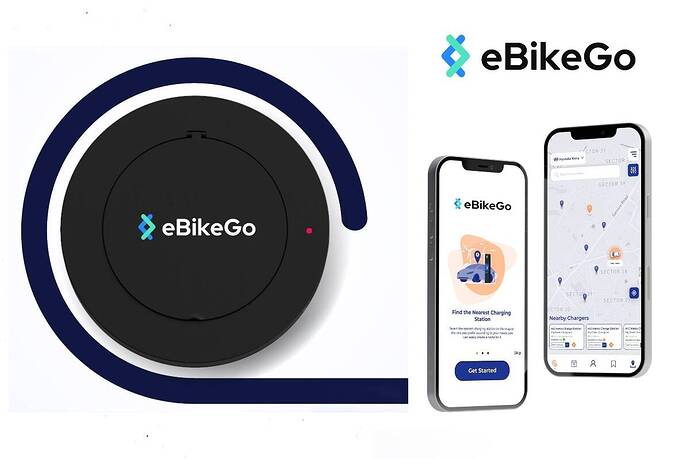 eBikeGo, one of India’s leading smart electric two-wheeler mobility platforms, has announced that they will be installing one lakh smart IoT-enabled charging stations in seven Indian cities.

I wish Ather had an inbuilt charger so that we could use a standard cable - like a PC SMPS cable to charge it anywhere. No hassle to do a specific installation, the charger is tied to my flight AND it is much more easier to carry a charging cable as opposed to a complete charging unit.

Or just a adapter like CCS2 to ATHER would solve our problem.

Idk if any Ev manufacturers or ev players on it.

It is safe to assume that most suggestions might have been put forward at least once at some point by other owners here on the Forum! You might find the two responses linked in this post helpful

Ather should switch to CCS2.

Nope, you can’t. You can charge Ather only at :-

No other public/ private fast charging points because it doesn’t use the common standard , type 2 or CCS charging plug

You can charge at any charging grid that has a 15 amp socket by using your Ather charger. It would be slow charging, same charging speed that you would get at your home.