Let’s see who among us, 450x Gen 3 owners, have received the latest update (Elio):

Disclaimer: I don’t intend to create any anxiety/displeasure upon non receipt of any update

The new update has been more problematic than the earlier one, there is Bluetooth connectivity problems and no hill hold feature yet and even the map’s response time is quite slow!

Welcome to the forum!

Well, the Bluetooth issue was there earlier with many owners (mine is alright from the beginning except during demo on the delivery day at the showroom) and was resolved in subsequent updates for many users. This time too, it might be working with some owners while others may not. I strongly believe that Ather Energy noted your/this issue, so does the autohold feature (this issue is known to them and it was already announced that sometime around January 25, 2023, Ather Energy would release a patch for owners like yourselves or update for those owners who are eligible for update but did not get so far (I am included this category as of now, since I haven’t received the Elio update). About the map, it’s the first of its kind that Ather Energy is moving/trying Gmap vectors (annouced by the co-founder during the Community Event on January 7, 2023), there will be improvement for sure in the future.

Your scooter must be up and running with the features! So, enjoy the new software system!!

I am also facing the same issues.

Any update on the delay in rolling out Elio for some (or most) of us?

Welcome to the Ather Forum.

We can expect a stable release around January 25, 2023, as there is already an announcement to this effect for fixing the Auto Hold feature by then. I am also waiting for the update

Most of us are still waiting for the update

I wanted the update and received it. But to my surprise it is not an UPDATE rather a DOWNGRADE. The google maps are worst in this new update. The maps do not get align with the direction in which the vehicle is moving which is the best feature of Google maps but the so called Google maps in Ather doesn’t have it.

it might be a bug which you are facing since mine is working fine. mostly a patch update for fixing all known issues will come out soon…

I am having the same issue after the update. Map is worst now, it does not give proper directions if you turn the map takes too much time and when you put the direction and start you don’t know that you have to go left or right because the icon does not turn properly.

I got the update Ather stack Elio 5.1 just now in Pune vehicle model 450x gen 3 Oct 2022 model. But on the scooter my location shows from chennai or Bangalore even after full network range on my scooter.

Recieved the update tonight, Gen-3 450x. Auto-hold is present. Haven’t tested all the updates/features out yet, so can’t comment on the possible bugs. First impression, while liking the dynamism of the new UI, missing the minimalism of the old one as well. I feel like the sweet-spot lies somewhere in-between. Maybe the new UI will grow on me if I give more time.

Guys, you are lucky that atleast you are getting updates

Got the software update today morning!!! I feel the old UI was much better in terms of minimalistic design.

Similar thoughts here… i took my vehicle jus a week ago and the UI was self explanatory, this one seems quite complicated

I am looking forward to the battery protect feature (Optimised charging)

today I have received update 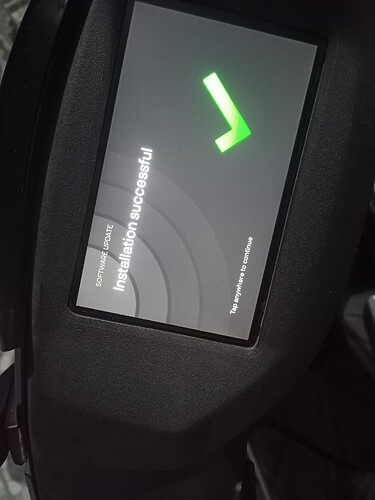