A nightmare at rajajinagar. Chare percentage 20. First stop Ather centre. One charger not working another occupied with owner of scooter missing. Security has no idea why one point not working. No contact number of scooter owner chwring on other grid. He has left it for an hour, his ecooter fully charged. Should have left ket with security. Orion mall charg grid wont open till 9. Time i was there 7 am. Headed to GT mall. Same scenario. Grid wont open till 8.30 as the parking staff has to come. Finally came home with 3% charge left. To sum it up better QC needed at grids and mall charge grids are a waste of a 24/7 option. To take this technology further grids every where need to be operational all the time. 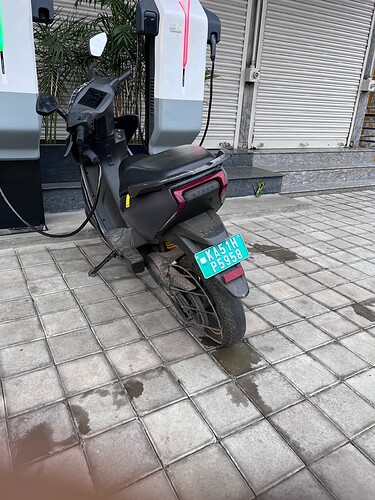 image1920×2560 706 KB
Guys like this need to be more careful. They put their bike on charge and push off. If this market has to grow then some amount of cooperation is needed. Guess they should leave keys with security so that the grid can be freed. Also grids in malls operate with the mall timings. No 24/7 service
2 Likes
TheHairMonster (Prathamesh Sawant) May 8, 2022, 4:52am #3

Hey Vikash, surely not something one wishes to experience.

He has left it for an hour, his ecooter fully charged

Didn’t you unplug the scooter when it was fully charged? The Grid unlocks once the scooter is 100% charged.

I think this is a test ride vehicle of Rajajinagar EC. If it was fully charged then you could have just pulled out the charger. Had you tried that already?

Should there be a feature of auto unlock of charger when battery reaches 100% ?

So that in exact scenarios like yours, you can unplug from the 100% battery and plug it on yours?

The feature is already available. The Ather Grid unlocks at 100% charge.