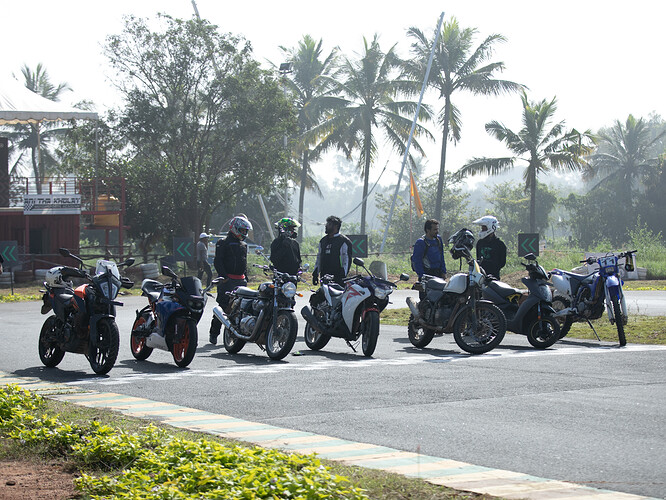 Here’s a little bit about each of them! 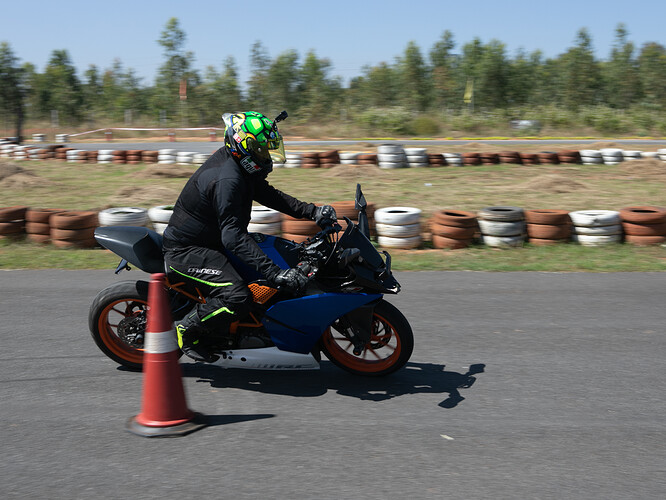 An automotive journalist with 16 years of track riding experience across multiple continents.

Halley is an automotive journalist who has ridden and tested virtually every motorcycle launched in India over the last decade. He’s also an avid track day rider with over 16 years of track riding experience on racetracks in India and abroad.

Halley loves solo touring and has ridden across the country, in South East Asia, Europe, and the Americas, and loves to hit the racetrack on his supersport whenever the chance arises.

While scooters aren’t his preferred choice, he has successfully ridden a 125cc scooter from Srinagar to Khardung La pass (one of the highest motorable roads in the world), a feat few others have achieved. 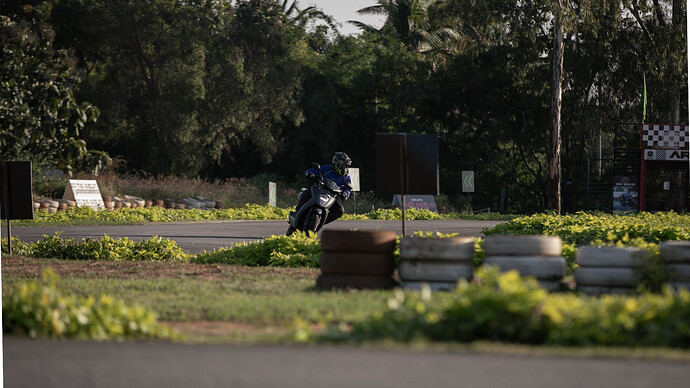 Dedicated trail rider, with a 30000 km+ overland journey across Europe and Asia under his belt.

Abijith has spent over a decade exploring every nook and corner of India on 2 wheels. His exploits aren’t just restricted to India. He has successfully completed an overland journey of 30,000 km across 31 countries - covering most of Central Asia, Mongolia, Russia, Europe, and Iran in 6 months.

He is the co-founder of “Great Indian Trail” - an immersive travel experience company. He’s personally responsible for plotting over 35,000kms of interesting scenic routes across India for slow travel and to promote responsible travel. 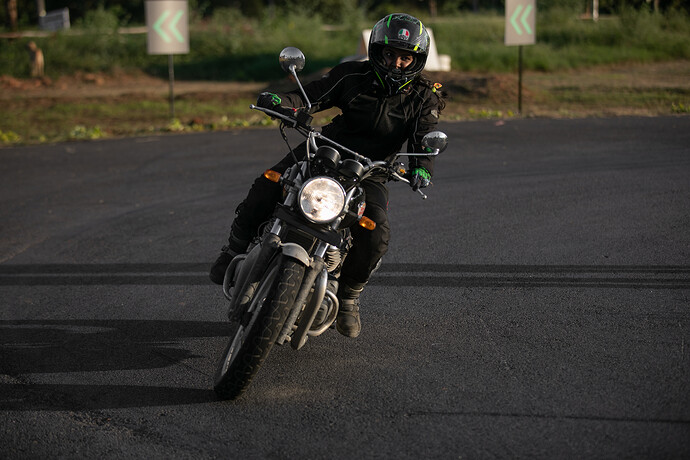 Sonia is a Bangalore girl who has been riding for 4 years and in that time has already completed some of India’s most strenuous cross country rides, including:

She is a regular participant in track days held by TVS, KTM, and other racing academies in Bangalore, and is currently in training for off-road enduro and MX riding. Her dream ride is a solo run on a motorcycle from the south to the north of the country. 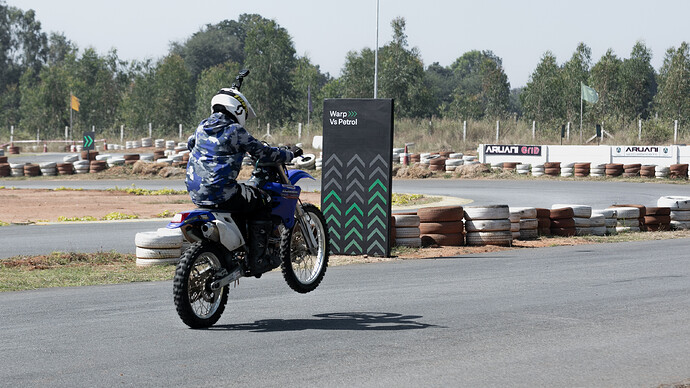 Nikhil has been riding motorcycles for almost 15 years and spent the last 5 years competing professionally in motorsports, mainly in Rally races.

He owns 4 motorcycles, including a vintage RxZ, a Karizma that has been modified beyond recognition, and a Yamaha Crux. But he does most of his rallying and hooning around in dirt and gnarly Enduro terrain on his WR 250.

For Nikhil, every motorcycle has its own Characteristics, and they have to be used based on their character 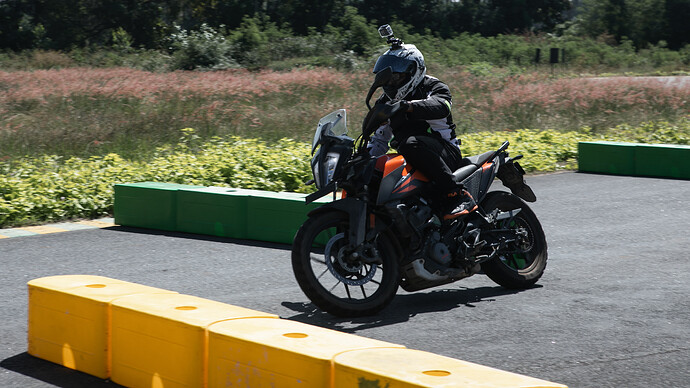 Vishal wears multiple hats in the motorcycle world. Some of them include: 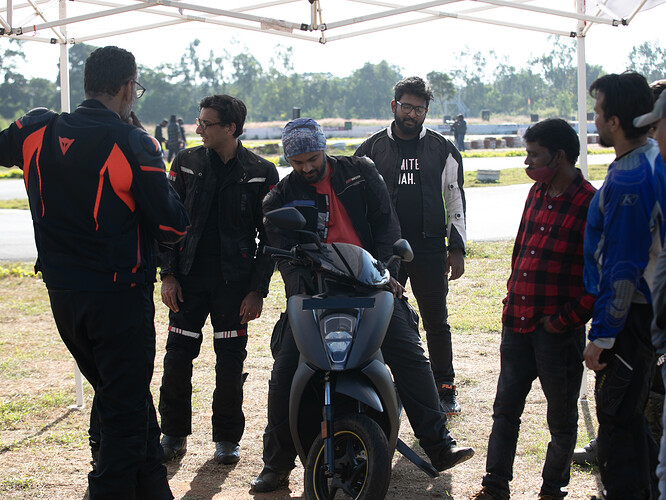 Aditya is a self-confessed scooter junkie, with over 1.2L+ km under his belt. When he needs a break from testing out scooters, he switches over to his sports bike. In his spare time, he acts as a community admin for the Bangalore CBR community. 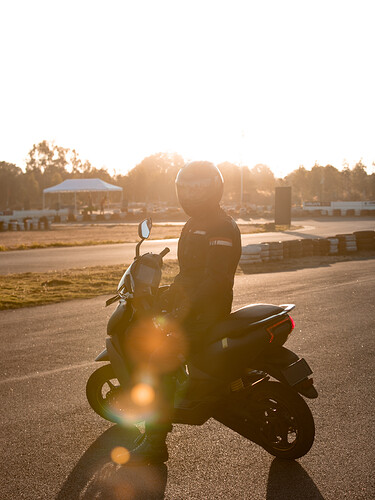 Abrar is the pilot of the Ather 450X and was the official test rider for the Ather 450 and the 450X (as well as a part-time actor in some of Ather’s most popular commercials)! He has thousands of km under his belt and has lost count at some point. A professional motorcycle rider, he has many accolades to his name including:

And ofcourse, the host - Anand Dharmaraj! 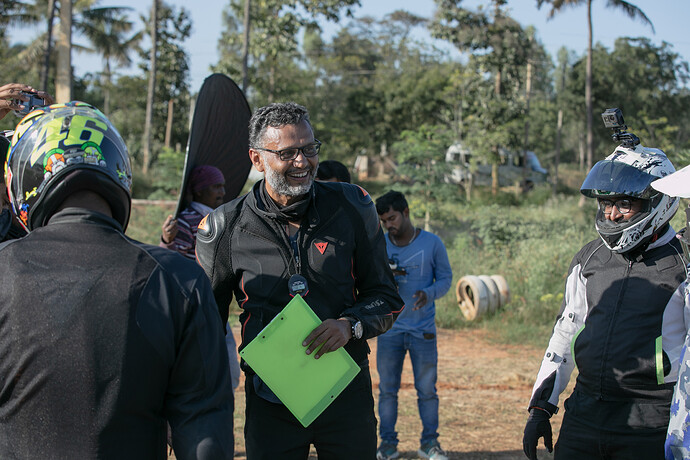 Anand has been riding motorcycles in all forms, shapes, and sizes covering all forms of riding from racing, touring, and rallying for the past 35+ years. Anand raced motorcycles in the US since 1993 and is the key architect of TWO (Throttle Wide Open, Indimotorad) is also the Chief Instructor at TWO. Anand was our moderator, host, and judge for the day!