I ha da question about hor EVs are designed. I’m not an engineer and I’m not a huge guy on mechanics so I dont know the specifics of the drive train of an ICE. My question is, all ICE scooters have a transmission and all of them are CVTs, I’m assuming that is to attain the best mileage as well as good power from a small 80-150cc engines. I understand that there are transmission losses but clearly the transmission is doing more good than loss by being there on these scooters. The reason for a transmissiom on an ICE is because you cant directly run the wheel from the piston. In case of EVs we can, electric motors don’t stall plus electric motors can reach higher revs directly and so there’s just no need for a transmission, ather has a basic belt drive but no actualy variation in ratios on the run. But wouldnt slapping on a CVT with an electric motor in place of a piston chamber allow us to achieve better efficiency at higher speeds. If I’m not wrong there are electric bikes and cars with gears out there. And even a rickshaw with a special gear for high torque situations.

Is it because the losses in case of EVs with a transmission would just be too high? Would the CVT do less good than bad ? Also I remember reading that the Bajaj Chetak EV has a CVT, is this true? Because I found no offical word about it. But there seems to be good amount of space to fit in a CVT and a motor on the chetak’s swing arm. So extending my question. Bounce recently announced that they’re going to converting activas and Zests to EVs and they’ve done it with th Zest for the cost of 25-30k. In this case would be more logical to replace the engine with a motor and retain the CVT and drive train as it is and deal with the extra weight and loss? Because this would allow a less powerful motor to operate and give us good speeds. Or is it better to just chuck the whol engine and transmission out and install a hub motor/direct drive.

I’m no expert, as per my understanding below are the reasons for not using transmission system in in most ev’s currently.

Yes bounce is converting it’s fleet to electric, nowadays many conversion kits are available in market for bicycles, scooters and bikes…the cost of conversion kit would be proportional to the performance/durability it is going to offer

is because you cant directly run the wheel from the piston

Adding a CVT for an electric will add more moving parts but improve the efficiency only a little than what it can provide given it has good electronics and battery. That sums up to less moving parts again.

Bajaj did try transmission in Chetak,

Maybe to bring back the old Lamby/classic Chetak feeling of gears. Good that it did not work.

I think you’ll not get a good controlled rubber burn or the feeling of control during overtaking (F&F style) of you don’t have transmission. That’s ok.

Adding a CVT for an electric will add more moving parts but improve the efficiency only a little than what it can provide given it has good electronics and battery. That sums up to less moving parts again.

Am ICE engine cannot provide sustained torque at all RPMs and hence to put out sufficient torque a geared or CVT transmission is required.

The electric motor though is able to give push out torque immediately and a transmission wouldn’t make much sense unless torque requirements are high and your motor by default cannot provide that.

However, having said this, I am not mechanical engineer or physics expert and all this is from recalling stuff that I learnt during my Electrical Engineering lab more than 18yrs ago!. So pardon me, if I’ve made a mistake.

Agreed. And for city riding single gear drive train from an electric motor is more than enough. But it won’t be like an ICE, itll have no clutch. Don’t need 5 gears. Just 2 heavily separated gears. Almost like jumping from an ICE 1st gear and 5/6th gear

torque requirements are high and your motor by default cannot provide that.

Agreed. Like some new electric rickshaws have a gear to switch to a high torque low speed drive. But as ather has a belt drive already. I don’t have a mechanical engineering degree but wouldnt adding another gear be possible? A cruise gear of sorts. Because with the right gearing you can hold speeds of over 70kmph at the same effeicincy as crusing at 25-30kmph Obviously you don’t need this in a. Urban smart scooter. But just a thought. Is it something we might see in the future ? If not in 2 wheelers. How come we haven’t even seen it in cars like the Kona and Nexon. Off the top of my mind it seems like it would really help increase range.

TVS iqube is using hub motor on its rear wheel

Plus their sales support is just BADD I’ve requested for a home test ride about 10 times, they keep telling me they’ll send it tomorrow. Hopeless support and sales. Chetak’s test ride was just as bad. They scolded me for riding it for a longer time than they told me to, they’re idea of a test ride was a 100m ride down and back to the show room

these big OEMs have no motivation to sell their electric alternatives to their petrol scooters.

If I am right, the torque/speed ratio can be adjusted with current/voltage to a good extent. If it was the AC motor (like in Tesla car and with the inventor) AC frequency gives a better control. I think the gear system in most e-drives is as below. 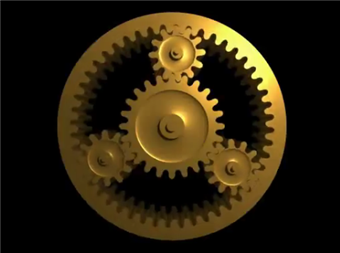 There are also CVT variants of this and don’t need a clutch because there is no constantly running ICE engine. In general like told above, only special applications require mechanical gearing. E-rickshaws being one because they use state of the art tech from history books that make them really affordable in the first place.

PS: before I knew of ather I was trying to build my own e-bike