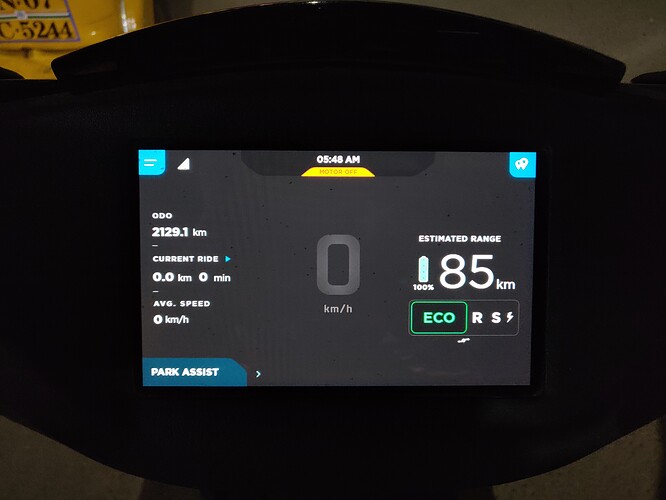 And so I started to crawl down the road by maintaining the speed at 20-25 kmph most of the times. I’m from Chennai and I live in KK Nagar. I had no idea on where I’m headed for the day, all I wanted was to go as far as I can and return back with few or no charge left.

So I planned my trip by getting out of the city early in the morning and hit the ECR before any traffic so that I could maintain the same speed on my full ride. And while returning I calculated my way till I hit zero by reaching the East Coat at Madras square for the fast charger. So that before I reach the city traffic I could complete my long ride

As time went I could easily feel my wrist getting strained by maintaining the same throttle position all the time. But I did not lose it and make all my efforts go vain.

Slowly I managed to reach Muttukadu, 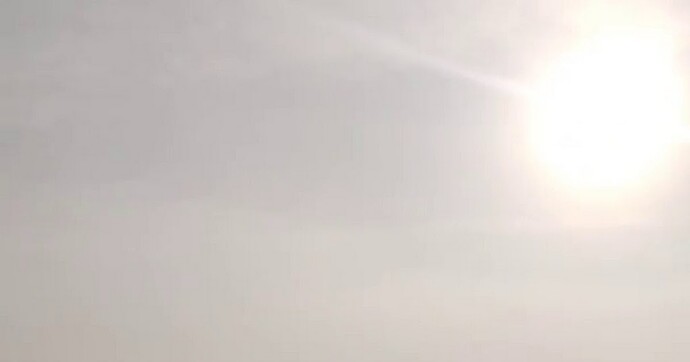 then went further and reached Mahabalipuram and took my ather via the pondicherry higway. Easily one of the worst highways I would say… also a scary one too. The road is so small widthwise for a highway and that too me strolling down at 25kmph was a bad decision

Then by the time I reached the end of that worst highway, my battery was at 50% and odo at 73.2 kms. 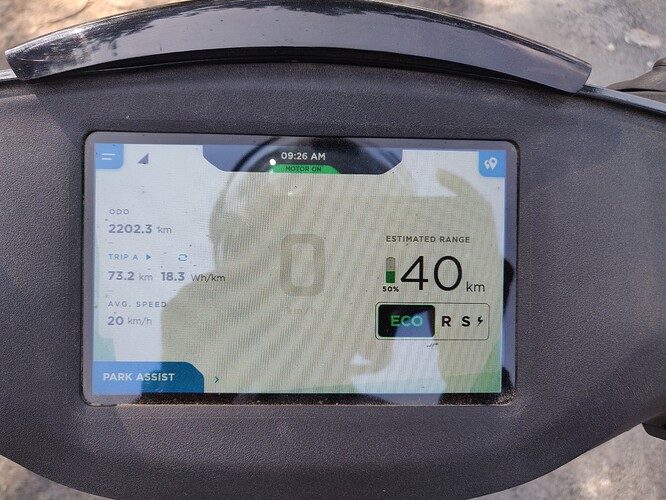 That gave me confidence on hitting 150kms by the time I went zero. But the twist was yet to come. I then went further ahead and managed to reach Kalpakkam and planned to return back to the fast charger. 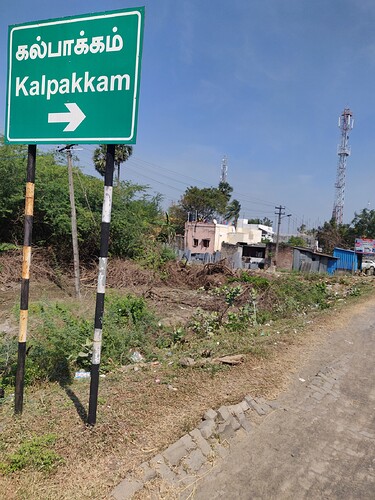 ) I had 59 kms left on the ride. So I thought I could reach there and stroll my way around the area till I hit zero. 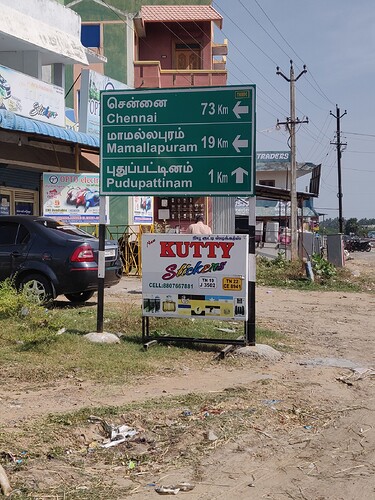 But the actual results were shocking, I could easily feel my bike getting discharged quite faster than the first 50%. By the time I hit 100kms I had only 29% left and I needed to cover 40kms in it. 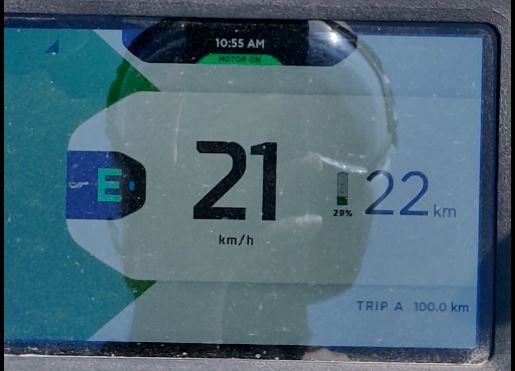 So I took it even slower and somehow managed to reach VGP Kingdom. Then after I passed Prarthana my ride was dead. But eventhough it showed zero I was able to ride it even further say about less than a km before it finally had its last breath. 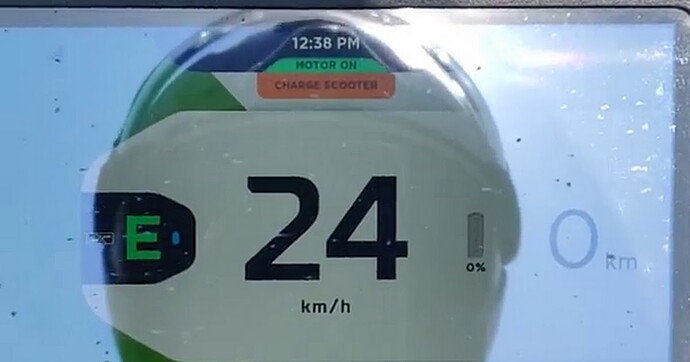 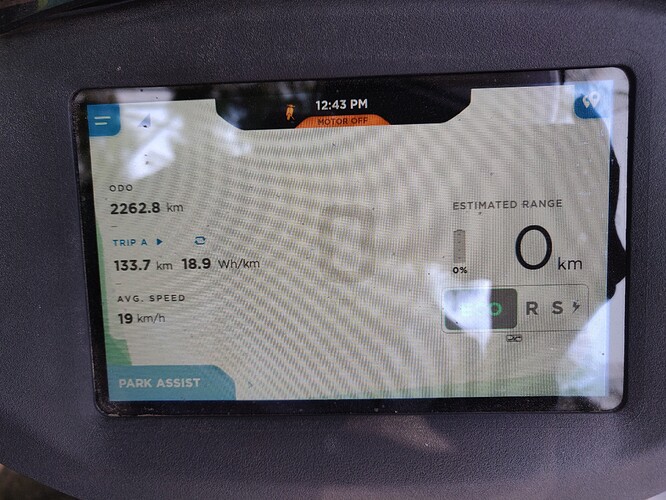 Forgot to take a snap at the fast charger

Then, yeah had a milkshake at the restaurant while my ride could fill his appetite. After charging 25 kms I decided to take it home to fill the rest.

Yep, that’s it… that was my full ride experience in a nutshell

If you have stayed till the end till here u guys are really amazing. Thanks for reading my post. Have an awesome day! Bye…

Well done… so whats the next milestone?

My ultimate plan was to hit 150 kms. But I guess achieving 133.7 is itself was an amazing one

I don’t think I would do another marathon like this…

But the actual results were shocking, I could easily feel my bike getting discharged quite faster than the first 50%. By

You probably encountered an incline and start climbing. What tyre pressure did you maintain?

I dont think there was an incline, it was the same route I first started… But am not sure, since it was highway and the road being flat straight, maybe there could have been an incline

. The tyre pressure was full the day before I started the ride.

dont think there was an incline, it was the same route I first started…

More of a reason though you could have been climbing some elevation. You can use this to plot the elevation and descent.

Not recommended by ather but if you go with a higher tyre pressure you’ll get much more range. Try it next time. It might give you 5-10 Km more

ECR is costal road. It’s almost flat. May be wind could have played a role while returning?

More of a reason though you could have been climbing some elevation. You can use this to plot the elevation and descent.

Thanks for the suggestion man

ECR is costal road. It’s almost flat. May be wind could have played a role while returning?

Not much of a windy day…especially while returning

Next time i hope you will beat 150+ kms. Starting pic current ride was zero. Next images you have shown trip A. Based on dashboard time its nearly 7 hrs ride. Have you taken any rest stops in between on a single charge or its a single ride stat. Body ache will disappear in a day or two

Hey Harsha, you were the reason this happened. Thanks for attempting that long trip with your 450. Yeah, took three breaks inbetween. All were at petrol bunks😅, did some stretches… hydrated… dehydrated and then back on track. That was one tiring day for sure. But still hoping to hit 150 kms someday

After all day maintaining at below 25 kmph, the next day even eco mode felt like warp for me