Tesla had a delivery event for the new Model S Plaid, which can do a claimed 0-60 in 1.99 seconds! Motor trend has a nice article on not just the tests, but how to achieve the blistering accelerations *Under very specific conditions dictated by Tesla, that is.

Just after announcing its partnership with Hero MotoCorp in India, Gogoro is partnering with Foxconn. The partnership is expected to see Gogoro and Foxconn collaborate on several projects including swappable battery packs, vehicle engineering, and manufacturing. Gogoro pairs up with Foxconn to mass-produce its electric scooters and...

Gogoro, the leading swappable battery electric scooter maker, has just announced a partnership with Foxconn, the world’s leading electronics manufacturer. And it’s hard to overstate how big this could be for both Gogoro and the electric scooter...

Audi says it will produce its last internal combustion engine by 2033, only...

Audi announced today that it will produce its last internal combustion engine in 2033 (if people are still buying them by then), and it will only launch new vehicles that are electric by 2026. At this point, every single automaker, except for just a...

While we’re not distant from the idea of not having a dedicated parking spot, hence doing jugaad to charge EVs, it’s fascinating to see how people in other countries are managing this. 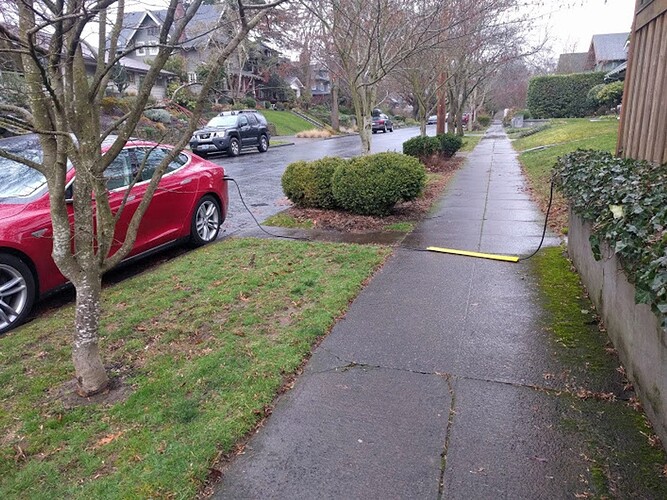 Confessions Of A Sidewalk Charger

I have a confession to make. For 4 years I charged my electric car using a 50-foot long, yellow extension cord. I would plug the cord into an 120V outlet on the side of my house and run it over my retaining wall, across the sidewalk (covered with a...

Why Electric Planes are Inevitably coming

Now that we have electric 2Ws, cars, trucks, semis, buses, boats, when would we start seeing electric airplanes? Sooner than you think. This documentary by Wendover Productions is an interesting deep-dive into the airline industry, and why they might go electric sooner than later. Simple Energy Mark 2 to be unveiled on Independence Day The electric scooter will first launch Bengaluru in the first phase, followed by other South Indian cities, namely Chennai and Hyderabad. Simple Energy plans to eventually expand its presence to other cities soon

Found more interesting EV news in the last few weeks? Share them below with the community!

TVS iQube to be available in 20 cities by March 2022. Source : Autocar India

Launched in Pune,chennai and Coimbatore in past few months,if the battery had been around 2.8kwh or 3kwh and the styling a bit modern it would sell like hotcakes.