So how many ppl r gathering today??? 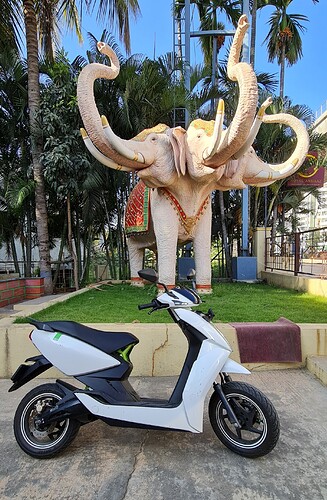 Thanks to @bvardhaman who floated this idea a week ago to have a multi city Ather Republic day ride. We had very less time to plan and prepare, yet it was a small and nice ride. Until yesterday, there was no concensus on the routes in Bengaluru but thanks to @abhishek.balaji who combined both groups so that we could actually make this event possible. There were a total of 7 scooters and 9 people. Thanks to each one of them for making it to the event.

I started home with an SOC of 93% charge and reached Royal Airavatha at 9:00AM. @abhithadi was already there with his better half. @vijaynu4 came soon after. @abhishek.balaji @kumar.uppaluri2 and @Cloudgraphy started at around 08:45 from Ather space and reached at 09:15. @pramodraykar came with his son by 09:30. 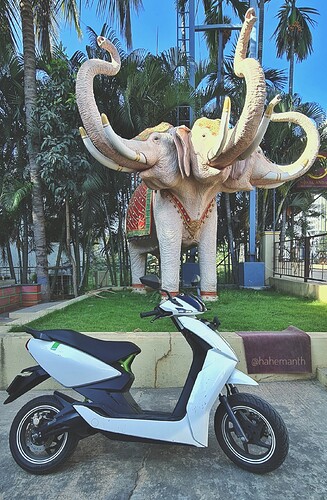 That made it a total of four 450s and three S1s. We had a casual chat and checked out each others scooters; no two were exactly same

We waited and hoped more people would join us but it was only seven! We took some pictures of all before heading out to Dodda Aalada mara. All 7 had enough range and nobody who came from Atherspace returned back. The bright sun on one side a bad background on the other didn’t make it a perfect spot but that’s what we had to contend with. 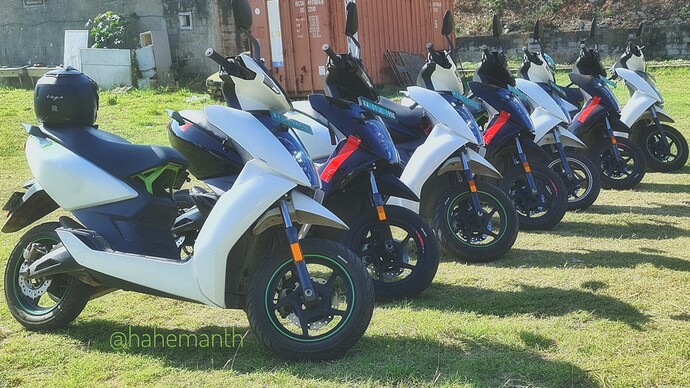 I was leading the group with all 6 scooters behind me in a well maintained line. I could see Athers in both the rear view mirrors and it was a nice picture. We reached the Big Banyan Tree at 10:15 and parked our scooters beside that and had a small round walk around this BIG Banyan tree 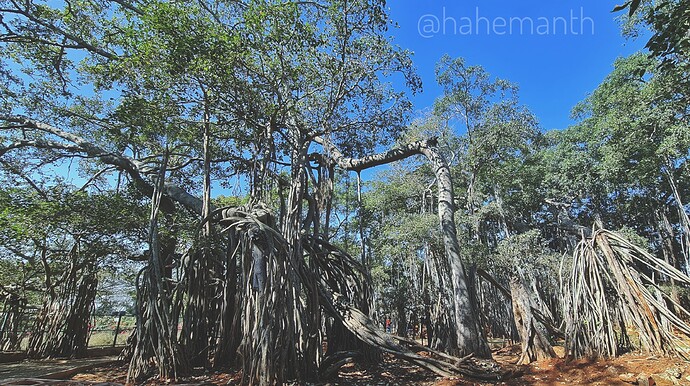 I saw this car parked and the sticker on it caught my eye. but we didn’t involve in any of these within ourselves or with this guy 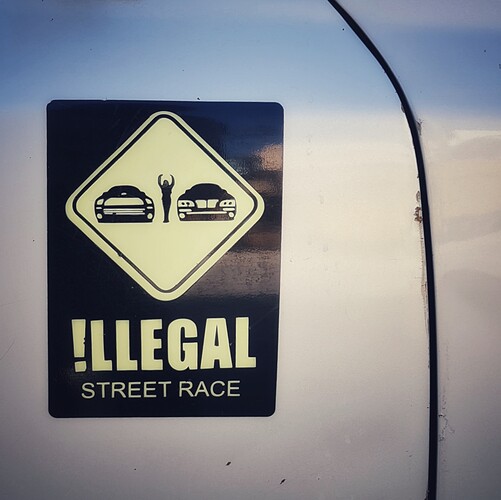 @abhithadi had had his breakfast and he returned back. The rest of us continued to the Ranch Big Banyan Restaurant and Winery. It was a nice place with a big table for us on their lawns. The food wasn’t bad but too pricey for whatever it was. But for us, more than the food, it was about the discussion we had about Ather and the Forum. Some interesting information that @abhishek.balaji shared before it goes public 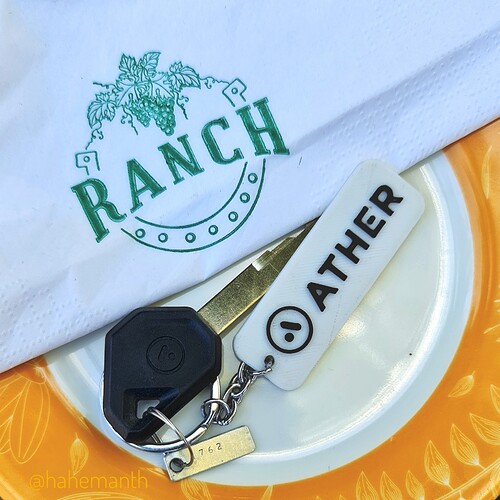 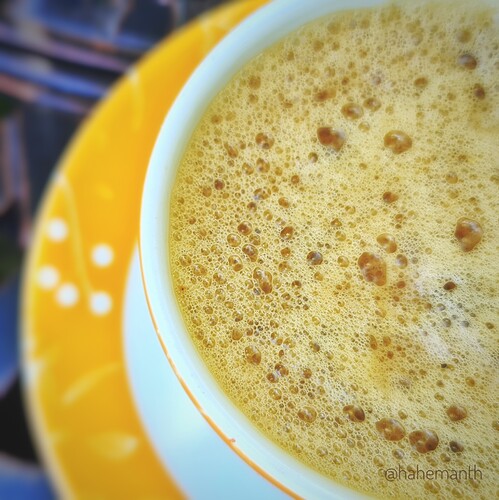 By noon we bid goodbye to each other and left home. I had had enough of riding at a max speed of 50kmph till then. I twisted the throttle fully and rode home. Just when I was around 3kms from my home, it switched to Eco mode automatically and I reached home slow and safe. It was a well spent half a day. Hope to see better strength next time. A total of 52kms and around 7 kms remaining with everything in sports mode

Lovely photos! Thanks for coming out folks! 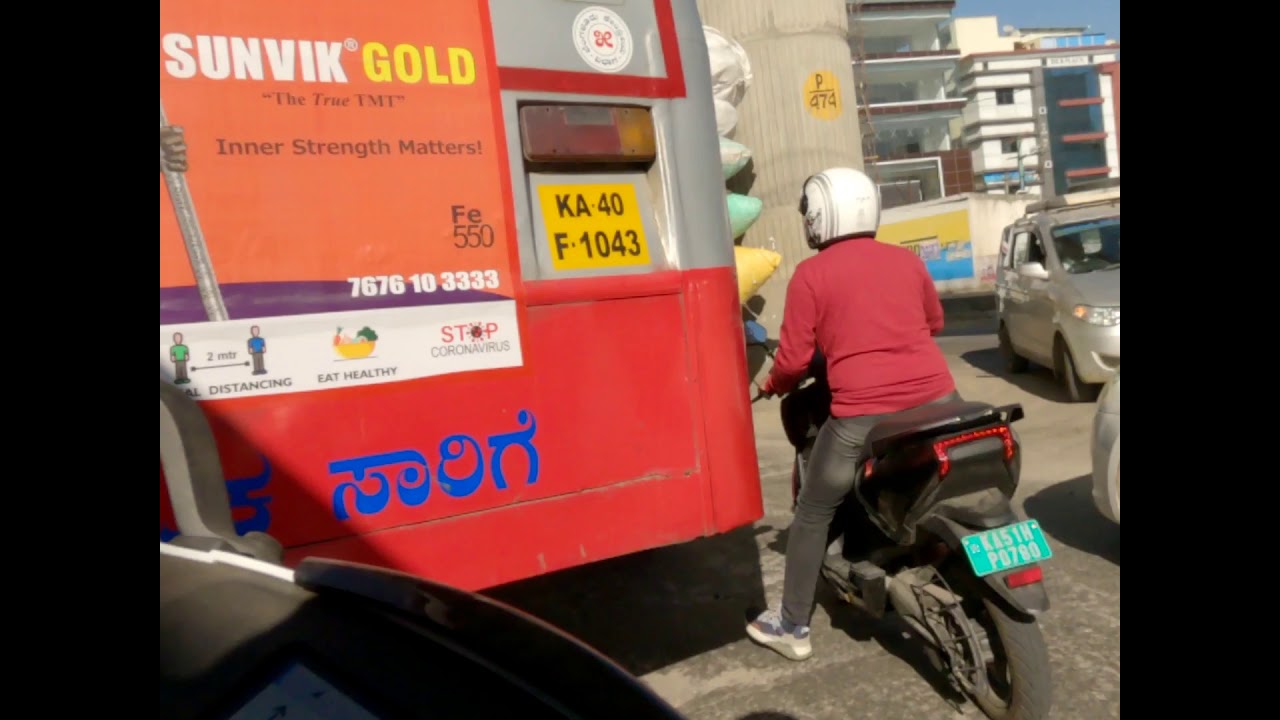 Thank you @abhishek.balaji @hemanth.anand @kumar.uppaluri2 @pramodraykar @abhithadi @Cloudgraphy for the Republic day ride. Was fun meeting you guys. Seriously it was a nice experience and a feel good thing to ride with fellow ather owners.

I started with 100% charge from home at 8:30am and reached royal airavata at 9am (Rest of the journey was explained by @hemanth.anand

). We left there at around 12:00pm. I took a right turn towards Mysore to travel to my aunt’s house in bidadi, rest of them left towards Bengaluru. When I reached my aunt’s house I still had 35% of charge left completing a total of 65km.

, so just wanted to show off some efficiency numbers 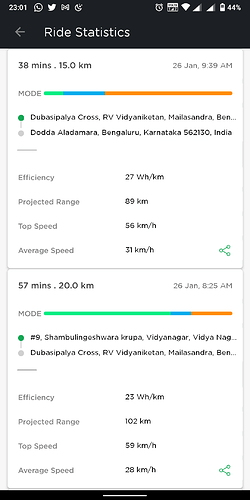 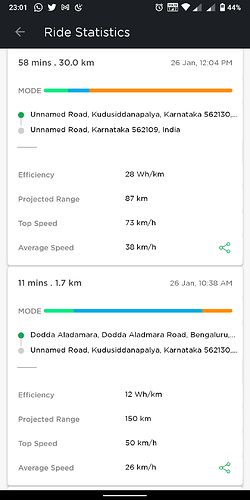 Yup it was a very nice experience. It is my first community ride and would love to join more and the interactions are so good. @hemanth.anand always read your posts and today I experienced how you love this product. @Cloudgraphy man you are crazy and you spoiled a good boy😜 (literally planted some modification stuff in my mind). @abhishek.balaji can see how passionate you are to this product more as a owner rather than just an employee. @vijaynu4 love your boot space man I never thought we can carry all that stuff in boot space. 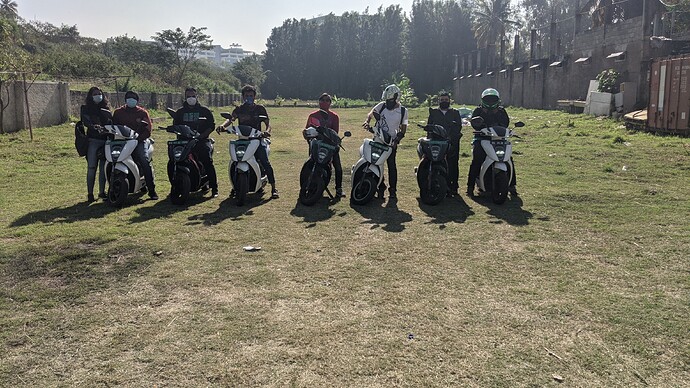 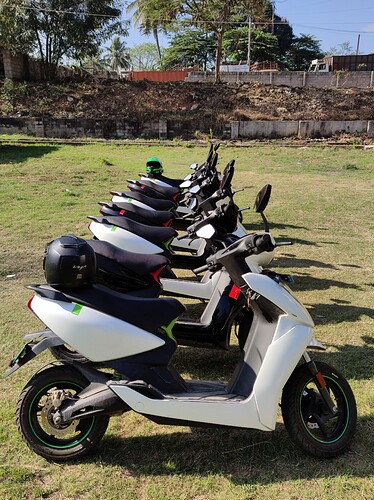 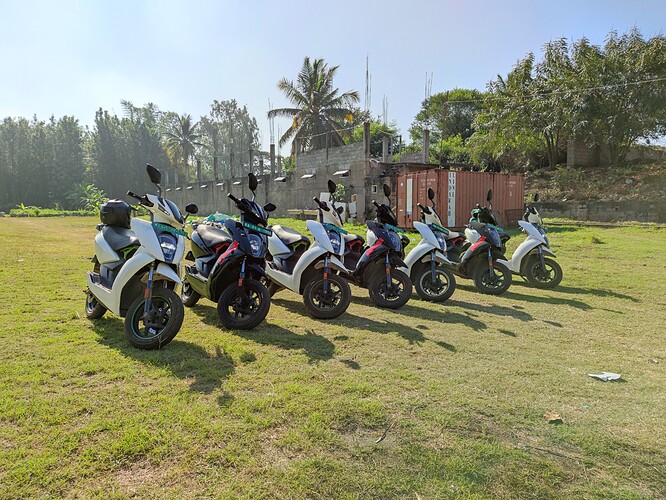 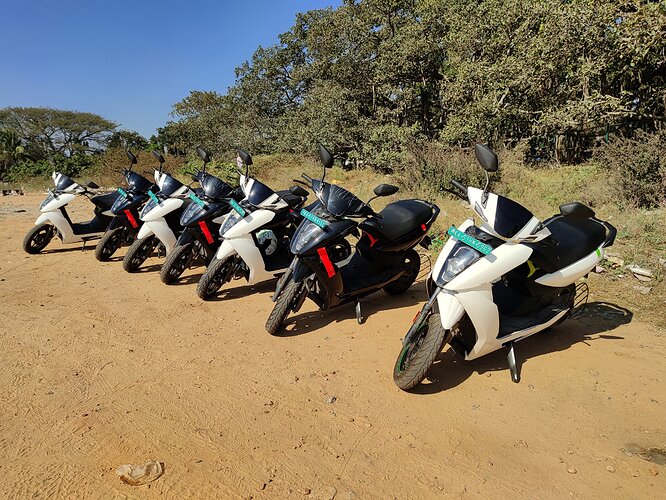 IMG_20210126_1013494054×3040 3.35 MB
loved the ride! I started from hsr layout at 7:45am and reached fab cafe (grid point) to have breakfast (both man and machine). from there Royal Airavatha was just 3km away which I reached at 9. later joined by the other riders, the ride was quite fun! this is my second ride after the owners ride. though very less riders turned up this time, it was nice! @hemanth.anand please organise more such casual rides in the future. we would love to ride and show off our Athers!
8 Likes
← previous page