Hey ather owners. I wanted to know who here on the forum has the highest ODO reading. I’m assuming it’ll mostly be the 2018 owners or maybe even some 2019 owners. If you’ve riden over 25k Km do post here, I think a lot of us would love to know. Anyone clocked 30k yet? @abhishek.balaji maybe you can disclose the numbers ? Or maybe it already is disclosed ? No need to know who but could you tell us how many Km ? @Abhishek you’ve done over 25 k right?

For mine not that much kms

Can’t share others’ data, but would love to hear from owners who’ve clocked more than 20k or even 25k kms.

A post was merged into an existing topic: Order Swapping

Come on ather what is this? This charging problem happens way too much. And this time it didn’t even recognize that it’s a charging error. I had to go back and reset the dot again. The one thing which should pretty reliable in an EV isn’t reliable here, I’m really disappointed. After using my 450 for over 6 months now this is the only problem I’ve had. Luckily for me there is a fast charger near my house so I can go top up the battery enough for my needs in 15 minutes. I’m not sure if there is a problem only with my dot or it’s a general problem, but I don’t trust my dot enough to plug it in overnight and have a full charge the next morning. It’s been a let down.

I weigh around 90kg, so along with the pillion around 80kg what will be the performance?

Nothing will change u can enjoy the performance

Your range will definitely reduce but not significantly. If you coast accelerator properly( no sudden pull, gradual speed increase etc), you may even get the same true range. Performance wise not a noticeable difference unless you are on an incline

This looks like it could be an issue with the grounding or power fluctuations at your location. In any case, report this to Customer Support if this is still occuring.

How to actually trigger regeneration?

Twist the throttle in opposite direction. You will feel little bit of breaking. It works at SoC below 84% and speed above 20kmph.

Can you please elaborate??

3 posts were split to a new topic: Doshiujash’s 450X in Ahmedabad

Regen and Regen related details are in below posts

A post was merged into an existing topic: Ather Dot, the new home charging pod 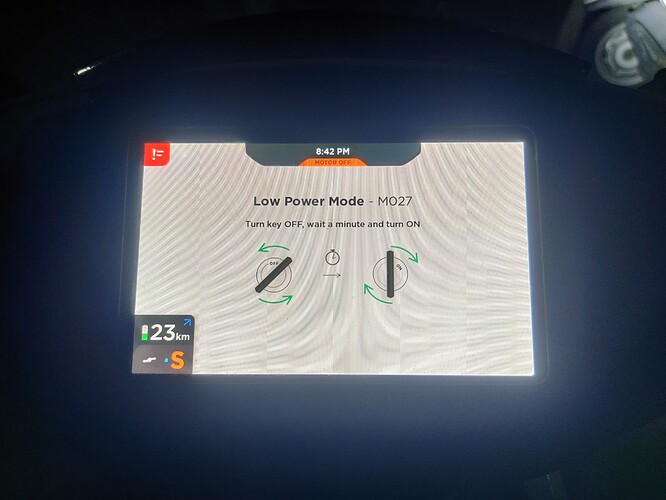 IMG_20210113_2042304000×3000 2.38 MB
The infamous M027 error. I tried all the debugging procedures. Even charged it up to 85% no change. I’m unable to ride it over 30kmph. The power delivery is very erratic and unsafe to ride. Yesterday was at 9Pm so couldn’t call Ather CS today Ather CS is closed. And I don’t think think qualifies as RSA as I was able to limp back home in the low power mode. I was hoping the scooter could be taken in asap and fixed. But I’m unable to reach out to Ather itself. In such situation, do I just have to wait till Ather CS opens ? Am I stranded with no scooter till then? And from what I hear, even the ones who’s scooters were taken in, it takes days to multiple weeks to fix the issue. People with similar issues, what have your experiences been like with this malfunction?

Update : called rsa and they took her away 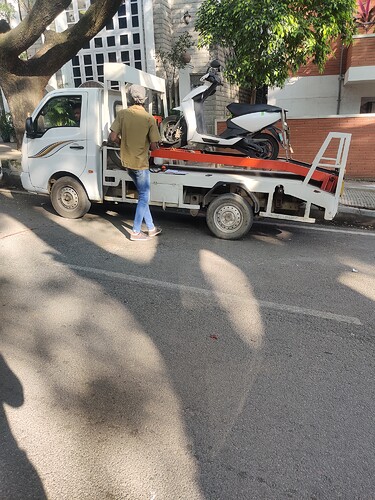 Update. Ather reached out to me 2 days later. I had a wiring harness issue and they replaced the whole harness under warranty. And did my 10k Km service even though I was close to 9000Km. And delivered it back home. Quick but lacked communication. I didn’t even know they were working on my scooter until everything was done. Also. Scary since if I wasn’t on warranty I’d probably have to pay for the wiring harness for no fault of mine

even the ones who’s scooters were taken in, it takes days to multiple weeks to fix the issue

It’s depends , if spare parts is available then u can get scooter by evening itself

What emergency services? RSA? But I’m at home