days many 450 have speedometer lag also if i accelerate and break. Even after complete stop for 1 or 2 seconds the speed

Athers replies are so stupid

Idk if they don’t understand or they’re trying to get rid of the issue. They even tried a software fix. Didn’t work 🤦. The dash is an absolute waste for me. It’s just so laggy. Someone was telling me chetak dashboard is stupid. But tbh. It does the job. Even basic black and white dash on access and NTprq work better than the on my 450.

LOL. Atleast you get unrelated copy paste replies. If i call ather CC they will ask to send mail (after on hold for 10 - 15 mins). If i send mail, they will reply “we will get back”. But never get back

What in the blue hell did I just read?

You know the funniest bit ? I’m not even on a connect plan. their reply is just so irrelevant to the issue at hand 🤦🤦

I wonder if they’re deliberately insulting their customers’ intelligence or otherwise. But given my own experiences and what I’m increasingly reading here, it seems to be the former. 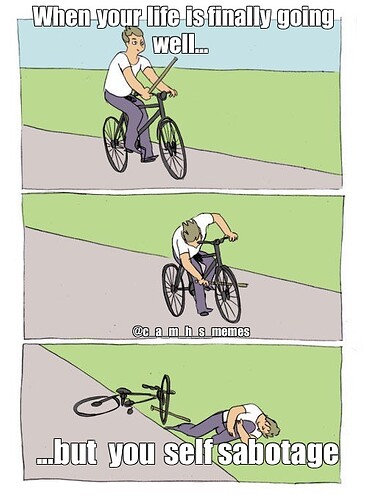 This seems to have literally become the only work Ather CC does these days! Maybe they have been binge watching The IT Crowd a tad bit too much

Incidentally, I too have been having my own troubles with CC over the past couple of months. The latest one had to do with an urgent query around invoicing for my Jan order. As always, I received an automated email stating that I would get a response within 24 hours. It has obviously been significantly beyond 24 hours, but haven’t heard from them yet, despite reminders that it is pretty time-critical. 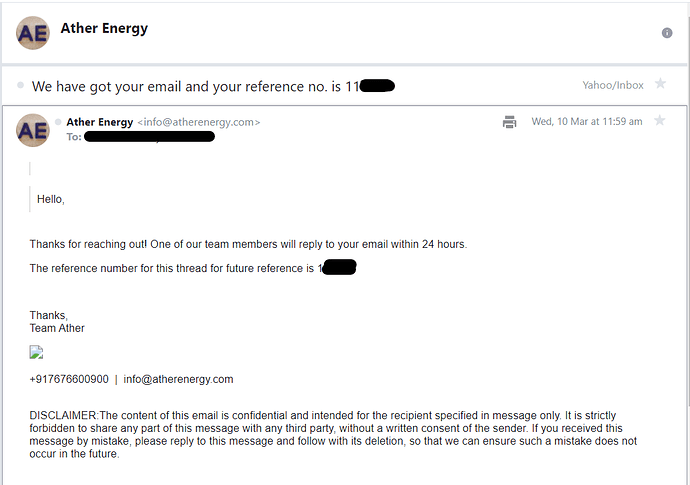 While the initial claims around shortage of resources to man the helplines vis-à-vis the sudden spurt in new cities & owners was justified, I feel that the excuse dragged for more than 3 months is starting to ring a bit hollow now, TBH

Afterall, there is no point making a timeline commitment that you know you will absolutely not abide by, right? Instead update the template to state 72 hours. Then at least you won’t be giving false hopes to the customers.

P.S.: Is it just me or is there always a broken image link below “Thanks, Team Ather” in their emails every time?

I feel that the excuse dragged for more than 3 months is starting to ring a bit hollow now,

Warned about this long back with my experience. I feel pity even with my warning more and more people have to suffer the same!

P.S.: Is it just me or is there always a broken image link below “Thanks, Team Ather” in their emails every time?

Looks like its only for you. That’s the link for Ather Logo. Maybe Yahoo blocking it for you!

Maybe Yahoo blocking it for you!

Possibly! It never shows up in my mails, though other pictures in other emails have not had any trouble

After the recent 10.0.3 update the battery keeps on dropping 3 to 4 % every night. When i called ather customer care their response was its normal for a battery to drop 8% overnight. To which i asked do they expect they battery to drop to 0% from 100 in just 13 days ? since ather claims to use shutdown mode only after 90 days. As usual they had no explanation and they suggested that i shutdown my scooter every single day to reduce the battery discharge problem. Cmon ather you have created this , you should know why the battery is leaking. Very bad customer experience.

you should know why the battery is leaking.

Well they do know why the battery is draining. Connected to the internet. So the dash is partially on I suppose. The display is just off. BMS a little.

I do realise that but 8% drop over 8 hours ? That was not the scenario before the update dropped. But lets see if they actually correct this in the upcoming update

That’s a bit too high. But might be a one off case. I lost 10% one night. But never again have i lost over 4%. Also a way to get around it is to schedule charge early morning. Works perfectly for me now. I don’t even notice idle drain anymore. Maybe something you could try. Also leaving it plugged in but the switch for the charger off can also lead to higher idle drain. Something to keep in mind. Check out this thread https://forum.atherenergy.com/t/battery-pack/297/176?u=suraj_madhu

Thanks @Suraj_madhu , i follow 20 - 80 rule while charging. Will try your methods and see if it works